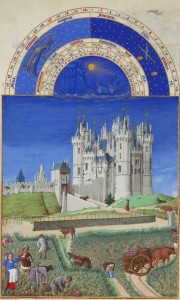 For a lot of civilizations, September was the month of harvest.

September got its name from Latin, as most months have. But September is set apart from the other months in that its name is quite deceptive.  “Septimus”, the root of “September”, translates to “seventh”, referring to a time when September was actually the seventh month in the year.  This changed in 46 BC, when January, and later February, were added to the calendar, but the name stuck. September is the sixth month in the astrological calendar, and September 1st marks the beginning of the meteorological autumn.

The autumnal equinox also finds its home is September, falling between the 21st and 24th. This year the equinox will be on the 22nd, a day where night and day will be equal lengths, going into the longer nights of winter.

When the British Empire adopted the Gregorian calendar in 1752, some minor adjustments had to be made. To even out and discrepancies, that year September 2nd was immediately followed by September 14th.