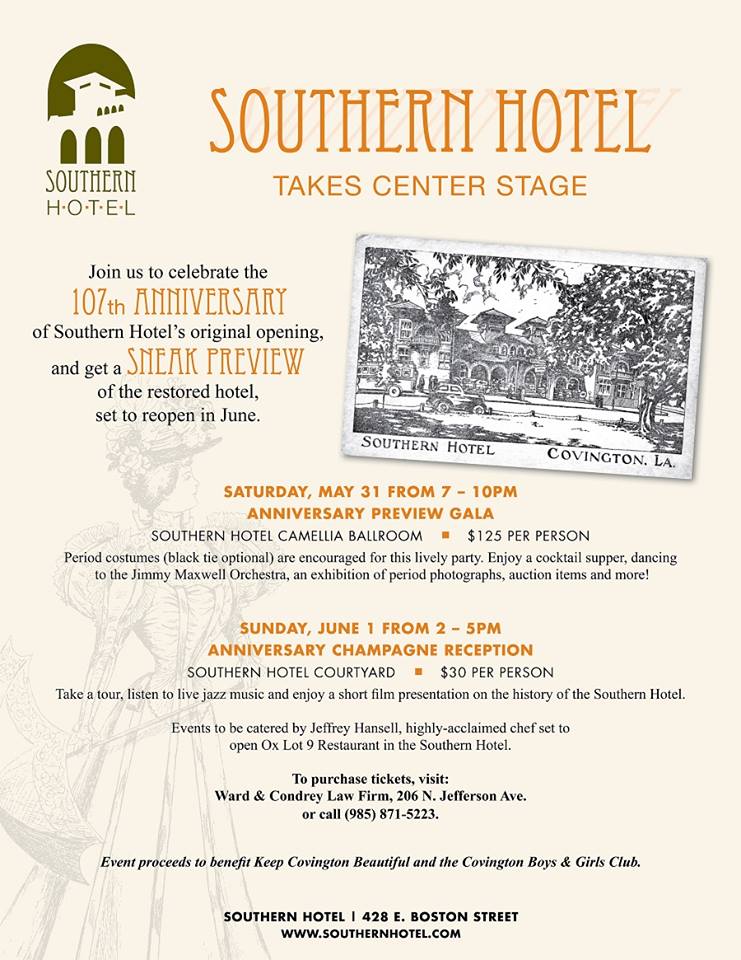 In anticipation of a June 2014 Grand Opening, the historic Southern Hotel in downtown Covington will host a ribbon cutting ceremony this Friday, May 30. The hotel’s owner, Lisa Condrey Ward, St. Tammany Parish President Pat Brister, Covington Mayor Mike Cooper and local historian Howard Nichols are among those who will speak at the ceremony. Attendees will be treated to a sneak-preview tour of the hotel, which has undergone extensive renovations since early 2012. The fully-restored boutique hotel will include 42 guest rooms, a 2,400-sq. ft. ballroom, meeting spaces, Ox Lot 9, an upscale bar, and spa treatment and fitness rooms.

The ribbon cutting ceremony will commemorate the 107th anniversary of the hotel’s original opening (June 1, 1907). The Southern Hotel will also host an Anniversary Preview Gala on Saturday, May 31, and an Anniversary Champagne Reception on Sunday, June 1. The ribbon cutting ceremony on Friday is free and open to the public, and tickets may be purchased in advance for the Saturday and Sunday events. To purchase tickets, call (985) 871-5223