Come out and enjoy Covington’s White Linen Night for an evening of art, shopping, music, and libations.

Please join us as a participating business for Covington White Linen Night taking place on Saturday, August 20th from six to nine p.m. for an evening of whimsical art as well as some early jazz era music all created and performed by New Orleans’ own renaissance man, Grayhawk Perkins.  Grayhawk has been working on various murals at the English Tea Room and Eatery that will be on display, as well as some new, original pieces that complement the whimsical feelings of the pieces he was commissioned for at the Tea Room.  The newer pieces featured will all be for sale and include his British Blue Cat with Instruments series.  The Grayhawk Band will be playing on the front porch of the English Tea Room and will feature a 4 piece jazz band that will focus on jazz music ranging from early 1900s to the 1930s.

This will be Historic Downtown Covington’s second annual Covington White Linen Night and will benefit The Public Art for Covington fund, a non-profit administered through the Northshore community Foundation whose focus is to place art in Covington that reflects the rich history and culture of the city, to reflect and reinforce Covington’s reputation and standing as an artist’s community.  Along with the other participating restaurants and retailers, The English Tea Room is proud to donate 10% of our sales from the night towards the cause.  The evening is extremely popular among locals and is sure to be yet another successful, entertaining evening of art, libations and live music!

*Grayhawk Perkins, a New Orleans born Native American (Choctaw and Houma Indian), Perkins is a well-known cultural figure in Louisiana who has been described as a 21st century renaissance man.  He performs often as a solo artist at both Jazz Fest and the Voodoo Experience Music Festival and has been involved in the Louisiana music industry for decades.  In addition to performing music on stage since childhood, he is also an educator, historian, and “tribal storyteller”, recognized as an expert on Native American and American Colonial history. 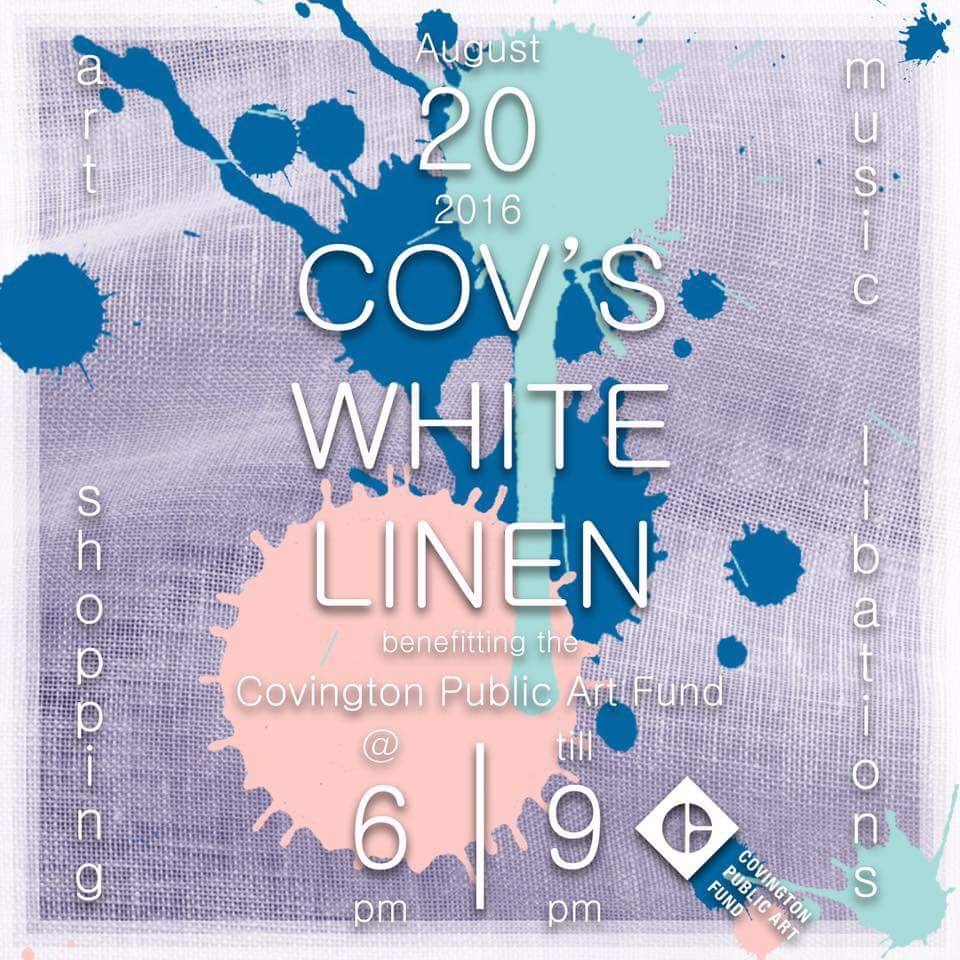