Officer George Turgeau, who was working that day, was contacted and asked to check our surplus yard to see if he could locate a bicycle that was in good condition. Officer Turgeau contacted Dy Chief Culotta later that day, informing him that he had a bicycle at his residence, that had a child seat mounted on the rear. Officer Turgeau advised that he no longer used the bicycle and wanted to give the mother something that was in good condition.
Not only did Officer Turgeau give this young mother his own bicycle, but he also paid out his own pocket to have the tires repaired. On October 31st, this bicycle was picked up by Mr. Tobin and given to a very grateful and appreciative single mother in need. 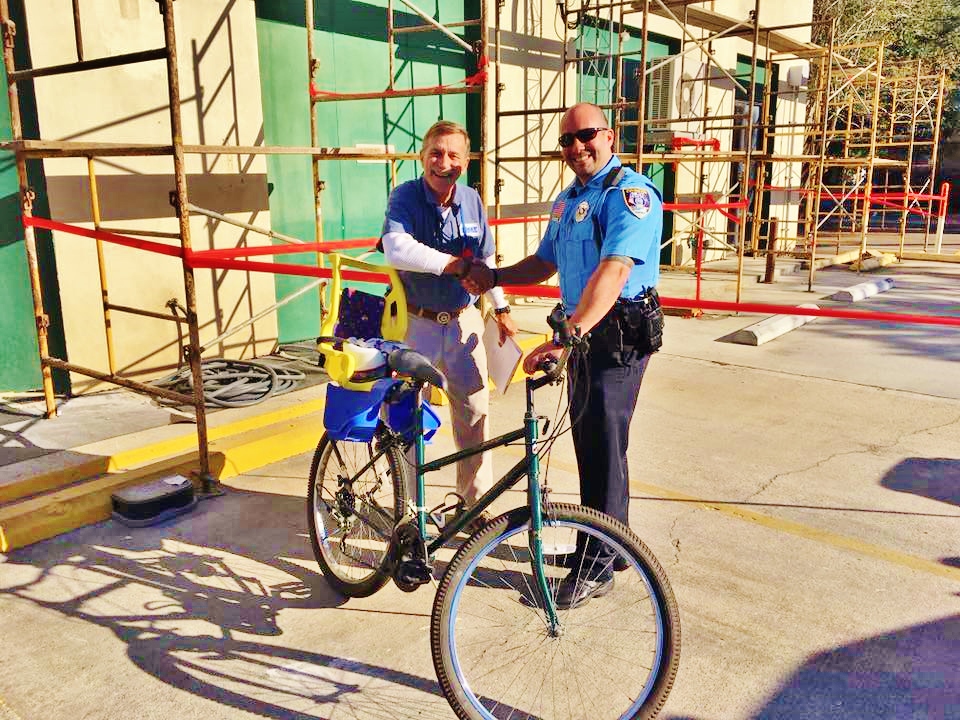 From the smile on Mr. Tobin’s face to the sincere thank you card from Coast, it’s apparent that Officer Turgeau’s kind gesture has touched many people.
Officer Turgeau, you are a great asset to the Covington Police Department, and I couldn’t be more proud to say Covington is lucky to have you. We may have to create a special humanitarian award for you! Keep up your amazing work. – Chief Tim Lentz