COVINGTON, La. – Local civic leader, Cody Driskell Ludwig, is announcing her intention to run for the Covington City Council’s District D position in the March 2019 election.
Ludwig, 32, is currently a partner of Krewe Marketing, a local design, public relations and events firm that her husband started in 2005. A Covington native and graduate of St. Scholastica Academy, Ludwig holds a Bachelor of Science degree from Louisiana State University in Business Administration with a concentration in Marketing.  Prior to working for the City of Covington as their Cultural Arts and Events Coordinator, Ludwig was the Marketing Director for a wealth management advisor and retirement specialist at Northwestern Mutual. She was recently inducted into the Leadership St. Tammany, Class of 2019.
“I have experience working with our city leaders, I am a hard worker and even better listener.  I love my town and neighborhood and I would be honored to serve its people and continue to help it thrive while preparing for the growth our city is undergoing.” Ludwig said.
Ludwig serves on the City of Covington Planning and Zoning Commission and just recently concluded her tenure on the Covington Business Association board. She previously directed events benefitting the St. Tammany Art Association and Covington Heritage Foundation. Ludwig feels most proud of co-founding the Covington Celtic Club, the Covington St. Patrick’s Day Parade along with the annual Oxtoberfest Beerfest benefitting the Boys and Girls Club of Covington. 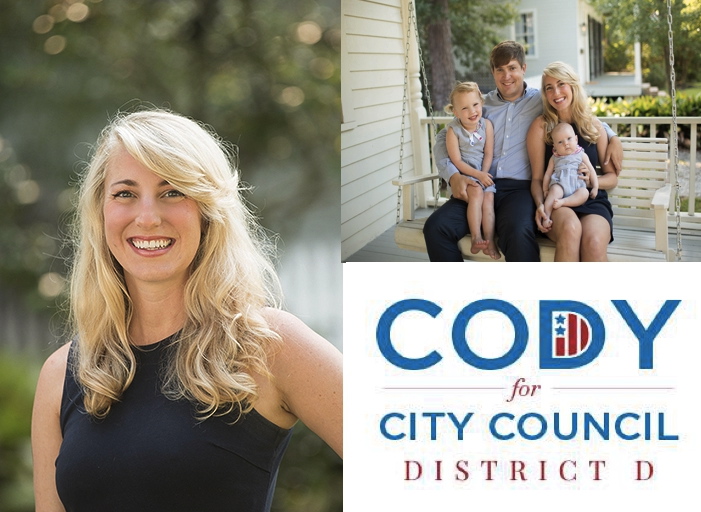 “I’ve learned over the years that one person can make a large impact on a small community with hard work and passion. Serving on the Covington City Council and representing District D would allow me to do just that.” Ludwig said.
Ludwig is married to her high school sweetheart, Nick Ludwig, a St. Paul’s alumni, and the couple has two young daughters, Reese and Remy.  The Ludwig family currently resides in historic downtown Covington.
The District D seat will be vacant due to term limit. Qualifying for the March 2019 election is January 30 – February 1, 2019.