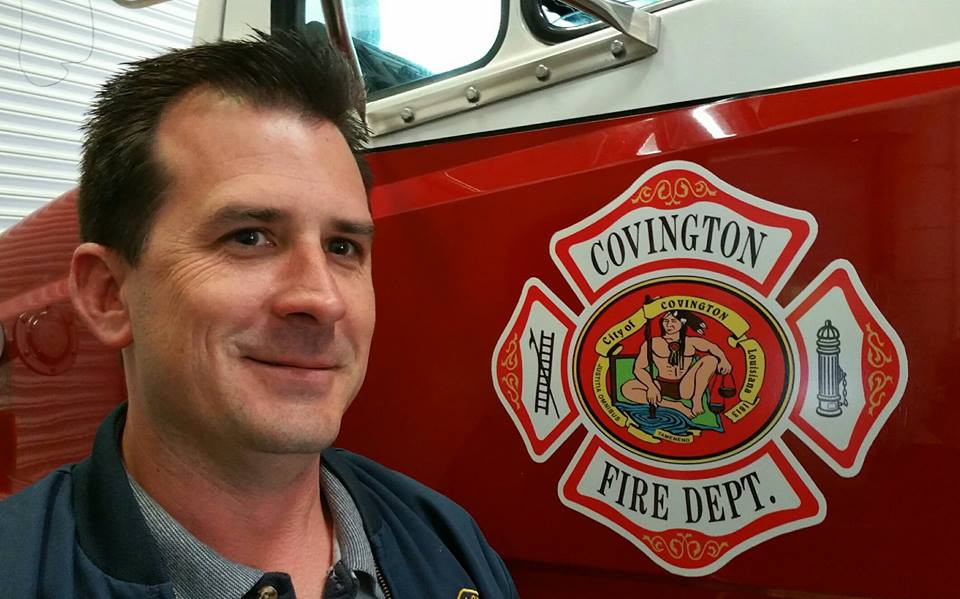 Mayor Mike Cooper and CFD Chief Gary Blocker are proud to announce that as of the morning of Tuesday, March 19th, Covington Fire Department Station 2 is fully staffed and operating on a 24-hour basis. It had previously been operational on a part-time basis.
Thirty-five (35%) percent of all Covington calls originate in the area that will now be covered by Station 2, which is located on Philip Drive near Ronald Reagan Highway. With growth continuing in that portion of the city, this percentage is expected to continue to rise. While opening the second station may contribute toward improving the City’s PIAL rating, which is now at Level 3, it will also better distribute the Fire Department’s resources. Most importantly, it will enable even faster response times to all Covington citizens by having emergency response personnel closer to call locations.
Chief Blocker stated, “A lot of hard work by our Department staff and our team within the City of Covington have made this second station possible. On behalf of the Covington Fire Department, I would like to thank Mayor Cooper and the City Council for their support in making our second station on a full-time basis a reality.”
The hiring of three (3) additional firefighters was required in order to fully staff Station 2. Funding for these positions became available at the beginning of the year with the consolidation of the Covington Fire Department’s dispatching services with Fire Protection District No. 1 which is now located at the new 911 Communications Center in Lacombe.
“This is a perfect example of how creative thinking and intergovernmental cooperation can provide improved services to the citizens with no additional taxes,” stated Mayor Cooper.