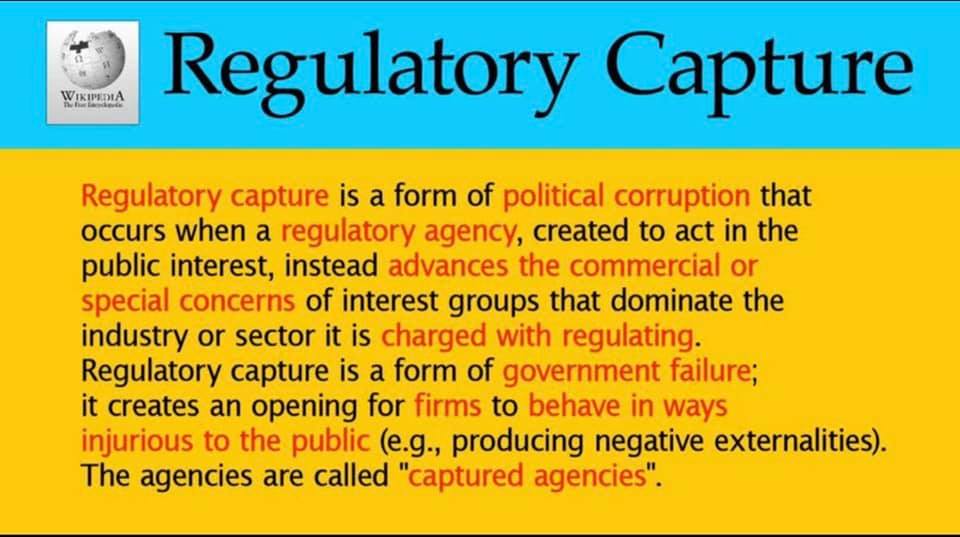 regulatory capture – regulatory capture is a form of political corruption that occurs when a regulatory agency, created to act in the public interest, instead advances the commercial or special concerns of interest groups that dominate the industry or sector it is charged with regulating. Regulatory Capture is a form of government failure; it creates an opening for firms to behave in ways injurious to the public (e.g., producing negative externalities). The agencies are called “captured agencies”.

Quotes of the Week

“Whoever fights monsters should see to it that in the process he does not become a monster. And if you gaze into an abyss, the abyss will gaze back into you.” ― Friedrich Nietzsche

“Religion is regarded by the common people as true, by the wise as false, and by the rulers as useful.” ― Seneca