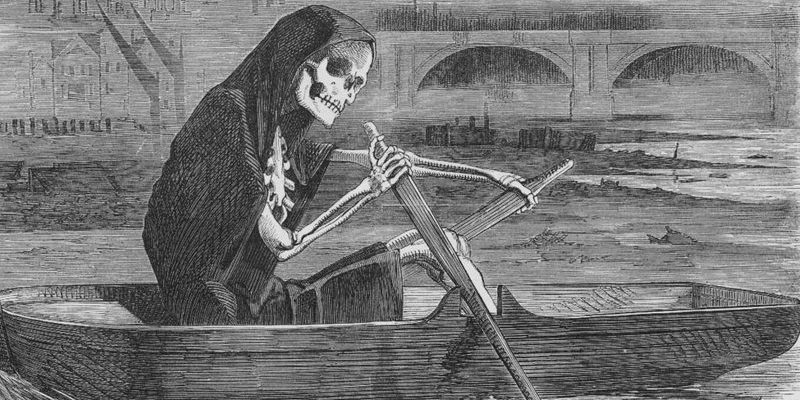 “I Ain’t Afraid Of No Ghost!” –  Ray Parker, Jr.  “In folklore, a ghost (sometimes known as an apparition, haunt, phantom, poltergeist, shade, specter, spirit, spook and wraith) is the soul or spirit of a dead person or animal that can appear to the living.  They are believed to haunt particular locations, objects or people they were associated with in life.”  -Wikipedia

The general consensus among those that are inclined to consider the existence of ghosts is that an entity will be restless when there is unsettled business, or when justice has not been served.  New Orleans is long considered one of the country’s most haunted cities, and the Northshore has several ghost stories to call its own.

“Could It Be…SATAN?” – SNL’s Church Lady

Back in the mid 1980’s, investigative journalist Bill Elder hosted a series titled “Bill Elder’s Journal”, which aired on WWLTV.  In a two- part series on satanism, Elder travelled to rural Tangipahoa Parish to investigate cattle mutilations, which were described as “ritualistic”.  Some 20 years later, pastor Louis Lamonica admitted to a local sheriff horrific tales of child abuse and torture, animal abuse and sacrifice, all taking place under the auspices of Hosanna Church in Pontchatoula.

While the case involving ritualistic abuse and sacrifice was proven in court, the “ritual” aspect was kept to a minimum.  In the words of Don Wall, Tangipahoa Parish ADA at the time, “I kept this devil worshipping stuff to a small portion of the trial. Worshipping the devil is not illegal.  Child molestation is.  That’s what I focused on.”

The Church Lady would not approve.

“Any skeletons…hiding in the closet?”  Anthrax, Among the Living  Most folks paying attention to politics these days assume there are skeletons in every closet, it’s just a matter of what type of skeleton, how many there are, and the state of decomposition.  As the unsolved murder of Margaret Coon resurfaced in the last District Attorney’s race, the current St. Tammany Sheriff’s race is overshadowed by the unsolved murder of Nanette Krentel, the wife of a former district fire chief.

After 2+ years, the case is still open and surrounded by controversy.  Recently, a former employee of the Sheriff’s Office was arrested for defamation in relation to the case because of emails that were sent to the victim’s family, stating that the correspondence, which criticized the office and an investigator, eroded the family’s trust.  The victim’s father responded to media that his confidence in the Office was never there to begin with, probably having more to do with the timeline of discovery.

Nanette Krentel was initially reported to have died in the house fire, which was determined to be arson.  Then the coroner discovered that she was shot, whereupon he ruled it a homicide.  Initially, STPSO disagreed with that ruling, then backed off.  A HuffPost article from 2018 posits that STPSO never considered it a murder;  the family, meanwhile, never considered it a suicide.

According to quora.com, the first recorded use of the phrase “good ol’ boy” was found in Volume IV of the Oklahoma Folk-Lore Society’s publication Folk-say, published in the year 1932:  “Some of the people cried unrestrainedly, ‘Yessir, Booger was a good ol’ boy’”.  These days, it is understood that the good ol’ boy network is the network of cronyism and corruption working behind the scenes, against the public interest.  How things have changed for poor Booger.

The other specter hanging over the Sheriff’s race is that of the Jack Strain administration.  The 20-year sheriff, who was defeated by Randy Smith last go round, is facing life if convicted of charges ranging from rape and incest to federal corruption, over 20 counts in all. Strain pled not guilty;  he was definitely one of the good ol’ boys.  But, will anyone appear at his trial to cry unrestrainedly,  “Yessir, Boo Boo was a good ol’ boy”?   Doubtful.

Making their way, the only way they know how.  That’s just a little bit more than the law allows…