A January 2015 Wall Street Journal article (“Deep Debt Keeps Oil Firms Pumping“) clarifies the situation by pointing out that the industry itself runs at a huge deficit. According to the WSJ piece, the Oil and Gas Industry has increased its borrowings by 55% since 2010, bringing their current debt to nearly $200 billion on a national scale. This illustrates that the “boom” is actually a “bubble”, because the average family household knows that growth is not achieved by running huge deficits.

It is the opinion of this writer that hydraulic fracturing operations were termed specifically as “unconventional” for the purpose of exempting said industry from the current regulations on “conventional” operations. Four State Representatives (Matt Cartwright, PA, Diana DeGette, CO, Jared Polis, CO and Jan Schakowsky, IL) are currently working to close loopholes left open to hydraulic fracturing with a new group of bills called the “Frack Pack”. This legislation is overdue, and it is interesting to note that the four Representatives hail from states that are beginning to recognize negative effects associated with hydraulic fracturing technology. While these bills concern federal regulation, it remains a state issue.

Representative Tim Burns (Mandeville, LA–89) stated to this writer that St. Tammany does not want industrial operations.  We are home to several corporate offices, and wish to maintain those lucrative relationships, but this Parish is not suited for heavy industry.  If this is a view still espoused by Representative Tim Burns, then this writer suggests that legislation be proposed to remove permitting control from the Department of Natural Resources, and return that control to the local communities that have a right to self-determination.  The fact that the DNR cannot deny a permit without being sued by the industry indicates industry influence that reeks of corporatocracy, which is a thinly veiled version of fascism.

It is unfortunate that telling the truth about communities that have experienced sustained hydraulic fracturing operations is considered a “scare tactic”;  that alone should tell the objective reader all they need to know.  The fact that the industry runs at such a huge deficit while sucking up tax dollar-derived exemptions and credits (don’t call them subsidies!) is a blatant example of financial abuse and manipulation displayed openly before the public.

Although transparency has arrived, there will be no Rule of Law until all entities, public and private, and the State itself, are held to the same standards of accountability. 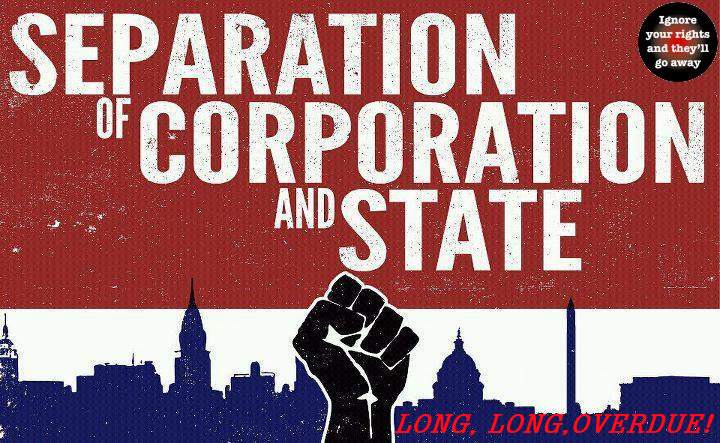 Timothy Gates may be reached at 985-288-9609 or by emailing codexproventus@gmail.com