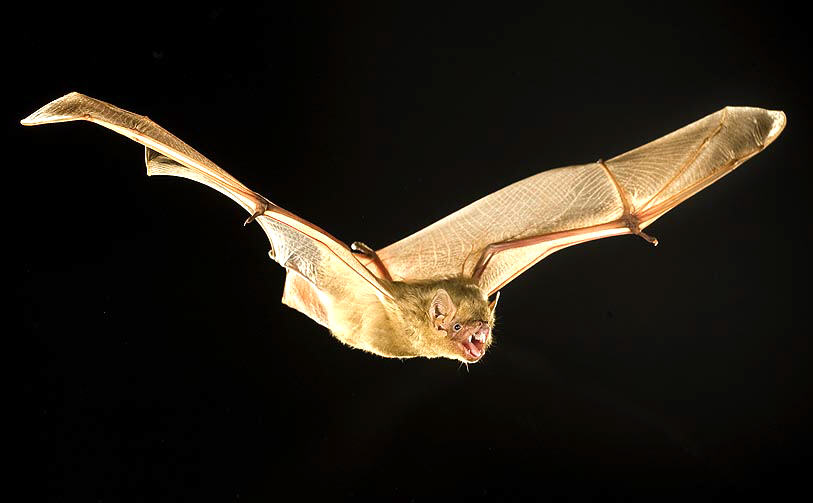 Bats are among a small group of flying mammals, and they are the only furred animal with this ability. Their wings are actually elongated hands that are webbed with a thin layer of skin, or membrane. There are close to 1000 species of bats in the world – 45 are native to the United States, 11 can be spotted in Louisiana. The three most common of these are the Hoary Bat, the Eastern Red Bat, and the Evening Bat. Bats use echolocation to maneuver in the dark, and also accurately determine the location, speed and direction of prey. The insect eaters of the North American bats belong to a sub-group called micro-bats. These bats survive mostly on moths, mosquitos, gnats and true bugs. For this reason many people try to encourage bat populations around their homes or farms by building specially designed bat houses. Although often perceived as a vicious and dangerous creature, most bats are quite harmless insects and fruit eaters that tend to avoid human interaction. So far no one has spotted a vampire bat in Louisiana yet!

The Hoary Bat (Lasiurus cinereus) is a large, heavily furred bat, the most widespread in the Americas, occurring in most of southern Canada and southward through most of South America. It can also be found in Hawaii, Iceland, Bermuda and the Dominican Republic.

The Eastern Red Bat (Lasiurus borealis) is almost completely furred, except for the ears and parts of the wings. They forage regularly over the same territory on successive nights, and can frequently be seen feeding beneath street lights.

The Evening Bat (Nycticeius humeralis) is a small bat, weighing in at 7 – 15 grams, and is found throughout much of the midwest as well as northern Mexico. Colonies are generally small, but groups can reach up to 1000 in optimal environments.