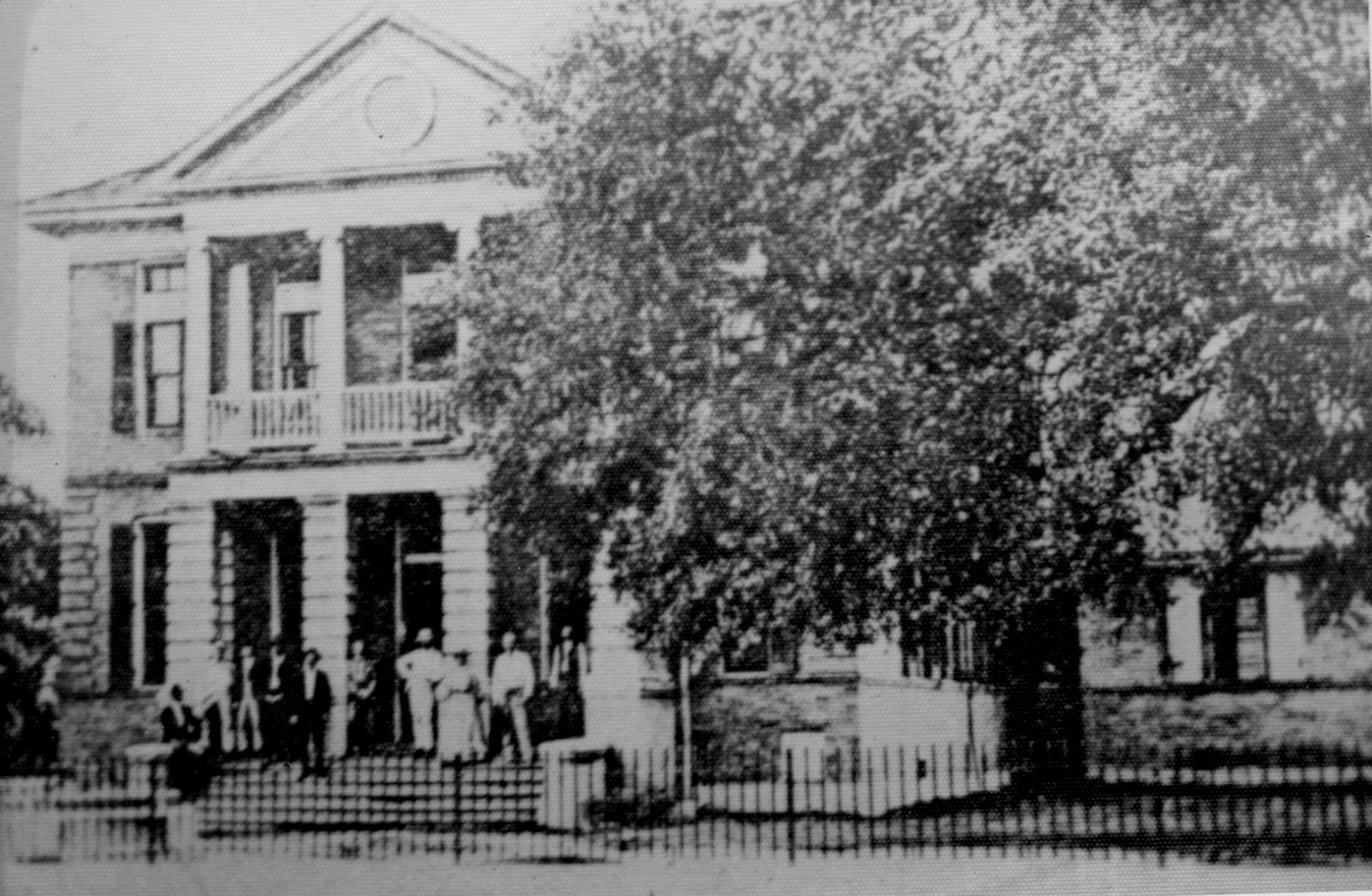 Here is the history as well as some photographs depicting four of the courthouses that have served St. Tammany Parish.

Prior to 1817, a courthouse serving both Washington and St. Tammany Parishes was located near Enon in Washington Parish in an area known as “Washington Fields.” Records indicated that some soldiers were stationed there for the War of 1812.

According to a publication of the Louisiana State Bar Association entitled “Louisiana’s Historic Courthouses: A Look at the Past and the Present,” (Published in 2016) The St. Tammany Parish courthouse sprang from legislation signed by Louisiana’s first governor, William Charles Cole Claiborne in 1813. The legislation called upon a local committee to locate a courthouse site “within three miles of the center of St. Tammany Parish, which at that time consisted of Washington Parish, St. Tammany Parish and the portion of Tangipahoa Parish east of the Tangipahoa River.”

Following those directions, the group established the first courthouse near the banks of the Bogue Chitto River near Enon on property owned by Judge Thomas C. Warner, who was the first parish judge in St. Tammany Parish.

The Bar Association’s Journal went on to explain that four years after establishing the courthouse near Enon, another group was given the assignment of moving the parish seat. “The Claiborne Company had purchased a portion of the Kleinschmidt Spanish land grant in 1813. In exchange for the commission naming the Town of Claiborne as the parish seat, the Claiborne Company offered some of its land and agreed to build a courthouse and jail for the parish, free of charge.”

“Robert Layton told them (the group seeking a parish seat) that he’d build a courthouse if they made Claiborne the parish seat,” said retired Judge Steve Ellis, a parish historian. This resulted in the second St. Tammany Parish courthouse being built in the Town of Claiborne just east and across the river from Covington. It cost around $20,000 to build.

That building, built in 1818, currently stands across the driveway from the Chimes Restaurant near the Bogue Falaya River. The structure was completed and opened for business on April 12, 1819.

However, the bar journal account noted that “within 10 years of the erection of the 1819 Courthouse, the Police Jury determined that the courthouse should be moved to Covington, previously known as the Town of Wharton.”

On June 5, 1837, the Police Jury purchased Lots 12-15 on the corner of Boston and New Hampshire Streets in Covington for use as a courthouse site, the bar journal stated.

The 1819 Courthouse was eventually sold and used as a private residence and Catholic seminary. In the late 1800s, a hotel known as the Claiborne Cottages was built next to the former 1819 Courthouse. Those cottages were destroyed by fire in the early 1900s.

The parish seat was moved from Claiborne to Covington in 1838. A courthouse was built on the corner of Boston St. and North New Hampshire St. In 1884, however, the Police Jury voted to demolish the courthouse located at that location. “During the demolition and rebuilding period, Covington Town Hall was used as a courtroom. The new courthouse opened two years later in 1886 and was used for 73 years, according to the bar journal account.

The structure pictured above at that location was built in 1896, with the cornerstone of that building pictured right, as it looks preserved as a monument in front of the old courthouse site at the northeast corner Boston St. and New Hampshire St.

“The completion of the Lake Pontchartrain Causeway in 1956 magnified the need for a larger facility to conduct the parish’s business,” the Bar Association article went on to say. “In 1959, the parish decided to build a new courthouse, completed in 1960. Within the year it took to complete the new courthouse, court was held in the gymnasium of the Jefferson Avenue grammar school. The new courthouse shown below was opened in 1959 in the same location as the previous courthouse. It featured a jail on the third floor.

The police jury held a number of committee meetings about what to do about the growing space problems in the courthouse building. They finally decided, despite objections, to build a new courthouse down near Interstate 12. The courthouse stayed in Covington, however, after some legal action by city officials noting that the courthouse had to be in the parish seat.

For a brief time, in an effort to provide more space, there were a couple of courtrooms and judges offices in the building where the Southern Hotel is located today. It served as Parish Administrative Offices for several years, complete with police jury meeting room and offices for various parish agencies.

The parish chose to ignore the city’s objections and built an office facility on Koop Drive off La. 29 near Interstate 12, moving its main administrative offices and several key departments to that location. In 1996, efforts resumed to build a bigger courthouse, but within the boundaries of the City of Covington. The old P&W Salvage facility on Jefferson Avenue was considered.

“The 1960 courthouse was used until the St. Tammany Justice Center opened in 2003, which brought together many of the parish’s offices that were scattered throughout the city,” according to the Bar Association article. Planning for the massive $64 million structure began in the year 2000.

“The St. Tammany Parish Justice Center, unlike any courthouse in Louisiana, is a 312,000-square-foot structure containing 22,000 cubic yards of concrete and 25,000 St. Joe bricks and housing 12 courtrooms,” said the article.