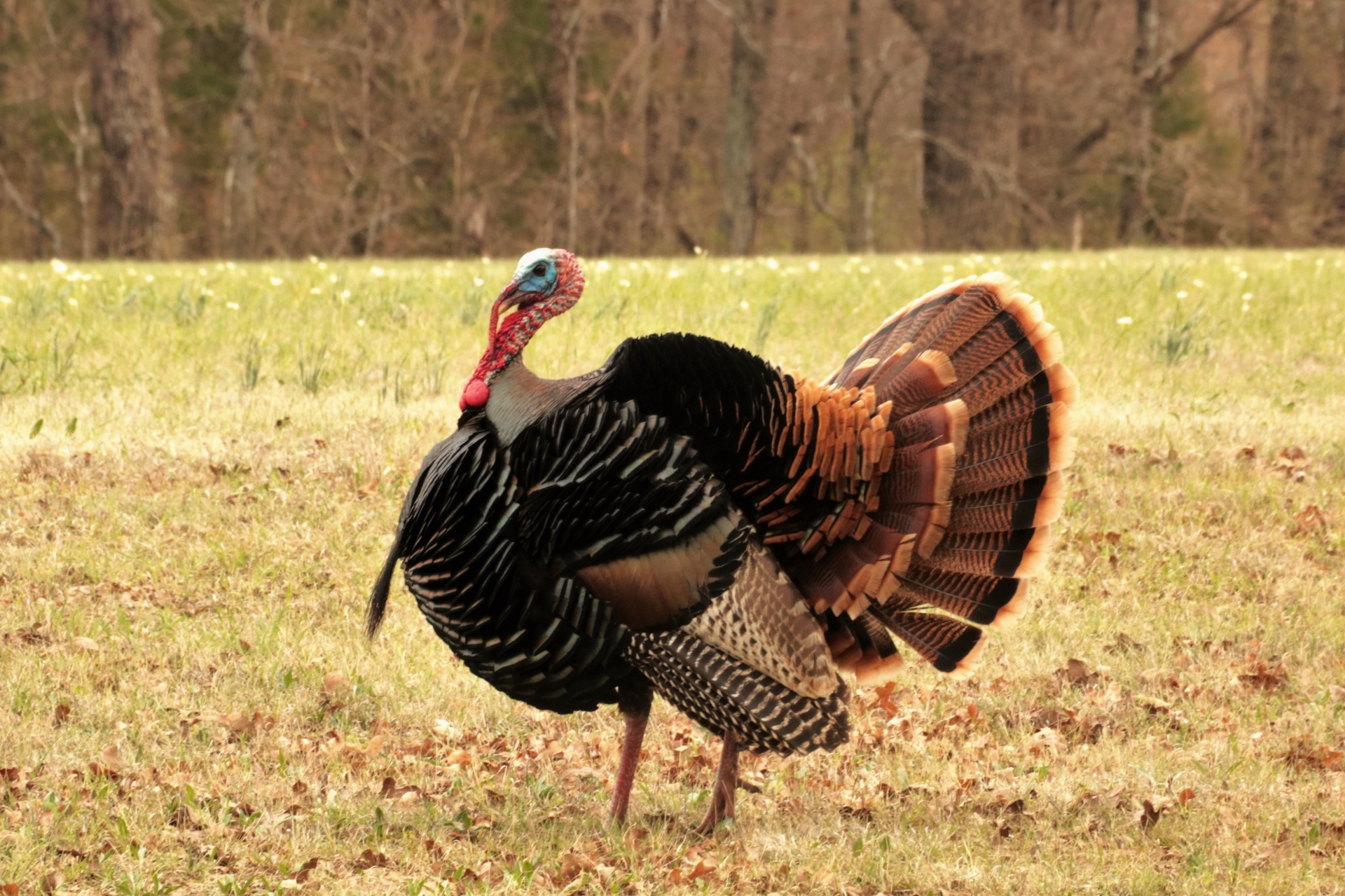 Turkeys have long been associated with a traditional Thanksgiving feast, but how much else do we know about them? Here are some interesting and little-known facts about turkeys.

Turkeys are large birds native to the Americas in the genus Meleagris. This genus is split into two species: the wild turkey of northern, central, and eastern North America with six sub-species, and the ocellated turkey of the Yucatan Peninsula. The turkey species can be traced back over 20 million years on the North American continent.

Aztecs first domesticated a subspecies of wild turkey, the south Mexican wild turkey, sometime in the early Classic Period (c. AD 200–1000). Spaniards brought these tamed birds back with them in the mid 16th century, where they quickly gained popularity throughout Europe. The original pilgrims actually brought these domesticated birds back to North America, unaware that their larger cousins were already here.

From America, not Constantinople

Historians are unsure how this American bird ended up being called turkey. One theory is that at the time this fowl was being popularized in international trade, shipments to Britain were coming through the Levant and the bird became associated with Turkey. Another theory suggested the wild turkey was confused for a similar guinea fowl that was introduced to Britain by Turkish merchants.

The turkey is the heaviest member in the order Galliformes, which includes domesticated and wild landfowl. Wild turkey males will range from 10 – 25 pounds, with some reaching 30 pounds or more. This gives them the second heaviest maximum weight of birds native to North America, after the trumpeter swan. Still, these large birds are excellent fliers, unlike their domesticated cousins. Wild turkeys can run up to 25 mph and can fly as fast as 55 mph.

All the Weird Names

Male turkeys are called “gobblers” for their unique call, used to defend territories and call to females (called “hens”). The head of a turkey is very complex, made up of loose, elastic bare skin. The four distinct parts of its head and neck are: the “caruncles” on top its head and neck, the “snood” hanging off its beak, its “wattle” or dewlap hanging from the neck and the major caruncle along the lower neck. The plumes on the males’ chest are called a beard. Male turkeys are also called “toms”, and male juveniles are sometimes called “jakes”. The male mating ritual, which includes gobbling, fanning feathers, drumming and spitting, is often called “strutting”.

The male turkeys’ head changes color based on its mood. When he is excited, his head turns blue or even white. When he is aggressive it turns red. The loose skin around his head and neck will fill with blood and expand when he is alarmed. Body feathers of both males and females begin black and gray with a copper and brown sheen. The color of the male turkey becomes more complex as it ages, picking up metallic green and blue hues.

Gobblers gobble mostly to attract females, and to alert other males of their presence. These birds can produce a drumming sound by the movement of air sacks in its chest. Similarly, a spitting sound can be made by a sharp expulsion of air from these sacks. Females also gobble, but sparingly. The gobble of a wild turkey can be heard up to a mile away.

A common mythos surrounding the wild turkey is that Benjamin Franklin had suggested it for the national bird, over the bald eagle. Although he never publicly denounced the symbolic use of the bald eagle, a strongly voice letter to his daughter Sarah Bache dated January 26, 1784 had this to say on the matter:

“Others object to the Bald Eagle, as looking too much like a Dindon, or Turkey. For my own part I wish the Bald Eagle had not been chosen the Representative of our Country. He is a Bird of bad moral Character. He does not get his Living honestly. You may have seen him perched on some dead Tree near the River, where, too lazy to fish for himself, he watches the Labour of the Fishing Hawk [osprey]; and when that diligent Bird has at length taken a Fish, and is bearing it to his Nest for the Support of his Mate and young Ones, the Bald Eagle pursues him and takes it from him.
With all this Injustice, he is never in good Case but like those among Men who live by Sharping & Robbing he is generally poor and often very lousy. Besides he is a rank Coward: The little King Bird not bigger than a Sparrow attacks him boldly and drives him out of the District. He is therefore by no means a proper Emblem for the brave and honest Cincinnati of America who have driven all the King birds from our Country…
I am on this account not displeased that the Figure is not known as a Bald Eagle, but looks more like a Turkey. For in Truth the Turkey is in Comparison a much more respectable Bird, and withal a true original Native of America… He is besides, though a little vain & silly, a Bird of Courage, and would not hesitate to attack a Grenadier of the British Guards who should presume to invade his Farm Yard with a red Coat on.”