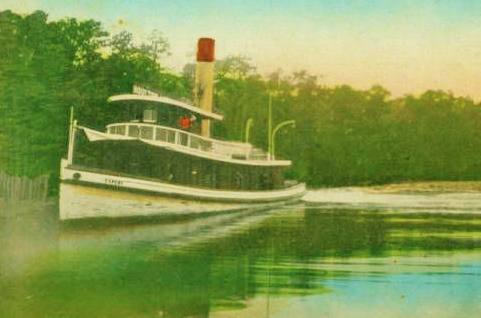 Historically, here in Covington, the beautiful and scenic Bogue Falaya River was dredged in order to accept larger vessels from the south shore and surrounding areas that carried passengers as well as needed goods and supplies.  The Covington Trailhead Museum features historic area photographs and a short video highlighting Covington as a thriving center of trade and tourism back to the early 1800’s, during the Revolutionary founding of this country. The Louisiana Legislature created the Louisiana Natural and Scenic Rivers System for the purpose of preserving, protecting, developing, reclaiming and enhancing the wilderness qualities, scenic beauties and ecological regimes of certain free-flowing Louisiana streams.  Forty-seven years later, that designation is in jeopardy with SB 132, the argument being that dredging the rivers will alleviate the flooding witnessed in recent years. 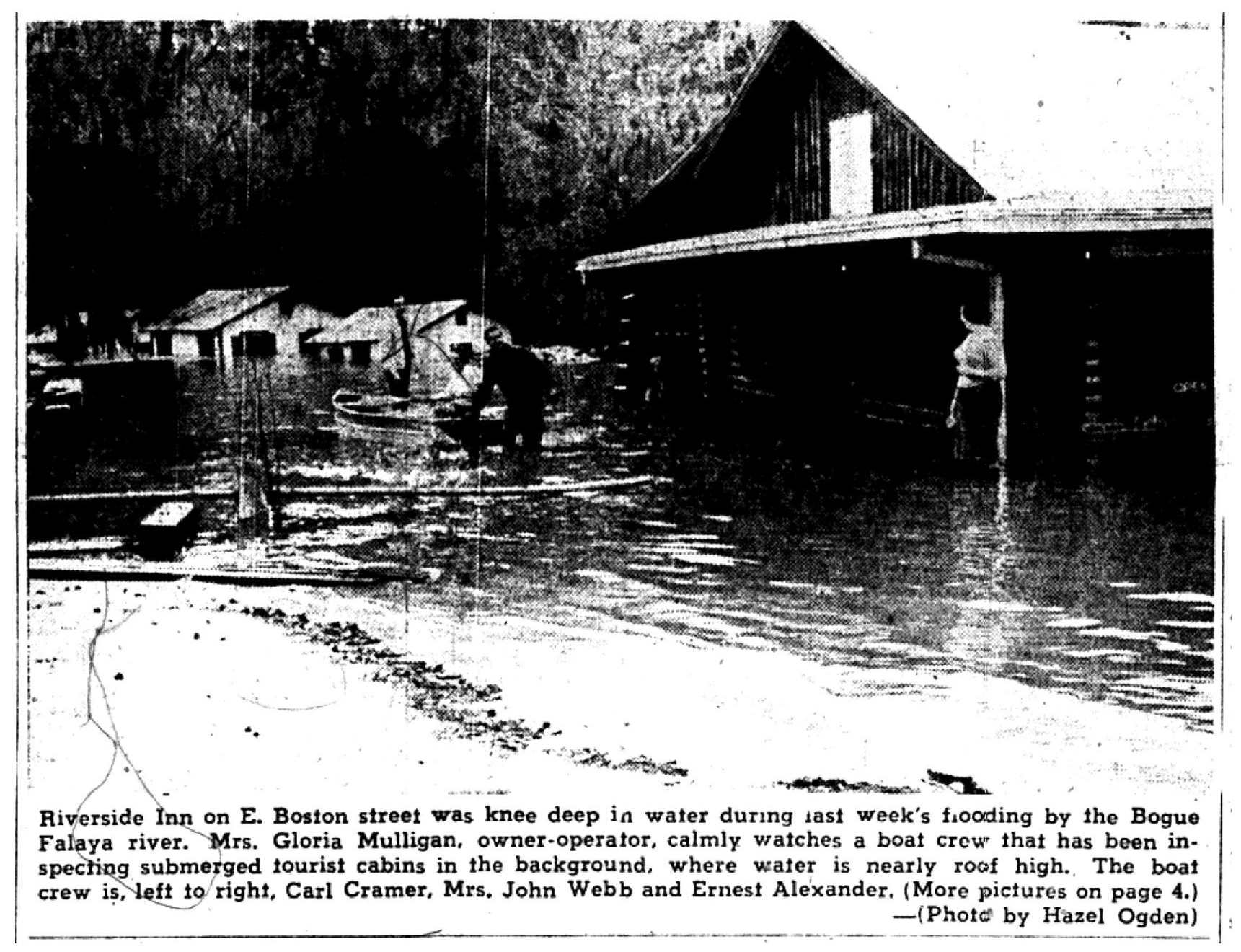 Based on several articles sent in by local historian Mark Johnson, it appears that previous flooding occurred even when the rivers were dredged.  If the rivers flooded even when they were dredged, why are so many politicians convinced that dredging the river will alleviate flooding?  Being that the mantra here is “development does not cause flooding”, the educated guess is that the politicians’ developer friends are putting bugs in their ears,  because rivers listed on the Louisiana Natural and Scenic Rivers System are regulated to deter major development. 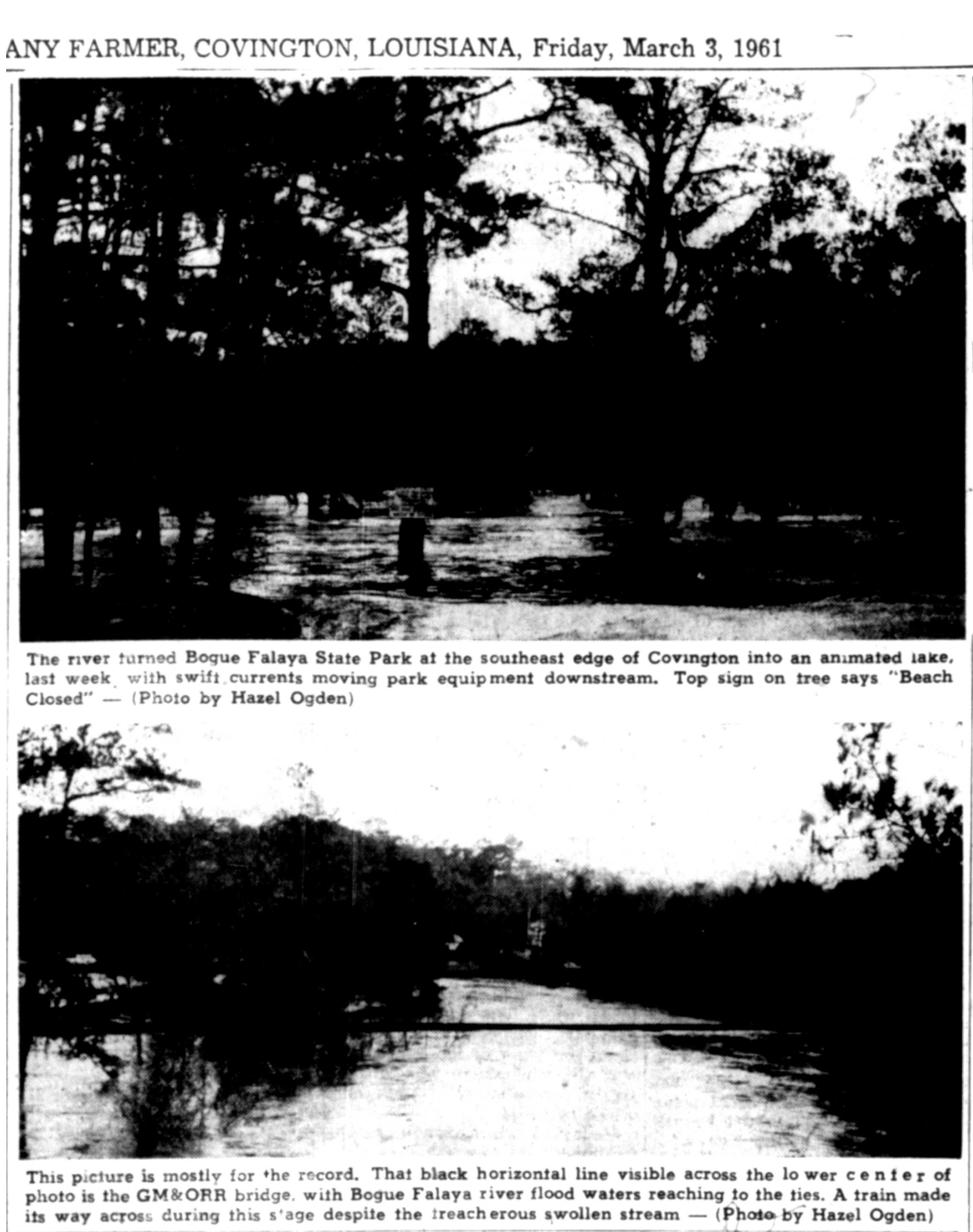 The designation is a double edged sword.  Anyone that enjoys the rivers around here also knows that they could use being cleared out.  On any given stretch of river, it is not uncommon to see fallen trees, limbs, branches and other debris, all of which cannot be removed without a scenic waterways permit.  So, the river may have certain protections, but those same protections prohibit the safe access and use of said waterways.   Is this an unintended consequence of an idea with good intentions?

Newly elected Councilman At Large Patrick McMath was quoted by Fox 8 recently with regard to the issue:
“I speak for the council and the mayor when I say we don’t want to see the words ‘dredging’ and ‘clearing of the banks’ in this bill.”   Masson, May 30, 2017, fox8live.com
Considering that the bill was originally written to allow for the dredging of Baton Rouge area rivers and streams that caused flooding last year, there is a great likelihood that the word dredging will appear in the bill, despite our local politicians’ stated wishes to the contrary.  Whether or not anyone wants to see the word “dredging” in the bill is irrelevant to the fact that it is about dredging.
Voters are used to politicians distorting the truth and misrepresenting facts, but there is also the expectation that our representatives do sometimes listen to the public.
The bill’s original purpose is to dredge rivers.  Why would St. Tammany place itself on a bill concerning dredging, if St. Tammany does not intend to have the rivers dredged?  Why not just craft a new bill that allows for the removal of fallen trees, branches and debris from the river in an efficient manner consistent with preservation?
If forgetting the past ensures repeating mistakes, previous situations faced by the Parish could indicate that there is a larger picture.  During the now infamous St. Tammany Parish Hydraulic Fracturing Controversy, the former St. Tammany Parish Economic Development Director Don Shea’s statement to the council, ‘There’s nothing in the pipeline’ was very telling.  Technically, he was not lying, the pipeline was empty.   It did exist however, and Helis Oil and Gas Co. was ready to run it, before the public even knew who they were, or what they were doing here.
At one Parish Council meeting, a parish attorney berated a member of the public for suggesting that the St. Tammany Parish School Board had any involvement in Helis Oil’s plans for a hydraulic fracturing platform near Lakeshore High School. Interestingly, certain documents with regard to the St. Tammany Parish School Board and the Mineral Rights involving Lakeshore High School property surfaced, suggesting that the School Board may have benefited from a hydraulic fracturing operation located right across the highway from the school in question after all.
Therefore, a healthy degree of skepticism should be a welcome thing in situations that have a high profile, affect large numbers of people and cost a lot of taxpayer dollars.   In conclusion, this article is not intended to make an argument for dredging or against dredging, and there are many pros and cons to both.  The question this article is concerned with is why the politicians believe dredging the river will alleviate the flooding, when historically, the river flooded even when it was dredged.  If the past is any indication, the stated purpose of a particular thing (in this case, SB 132) is merely a consequence of the actuality.