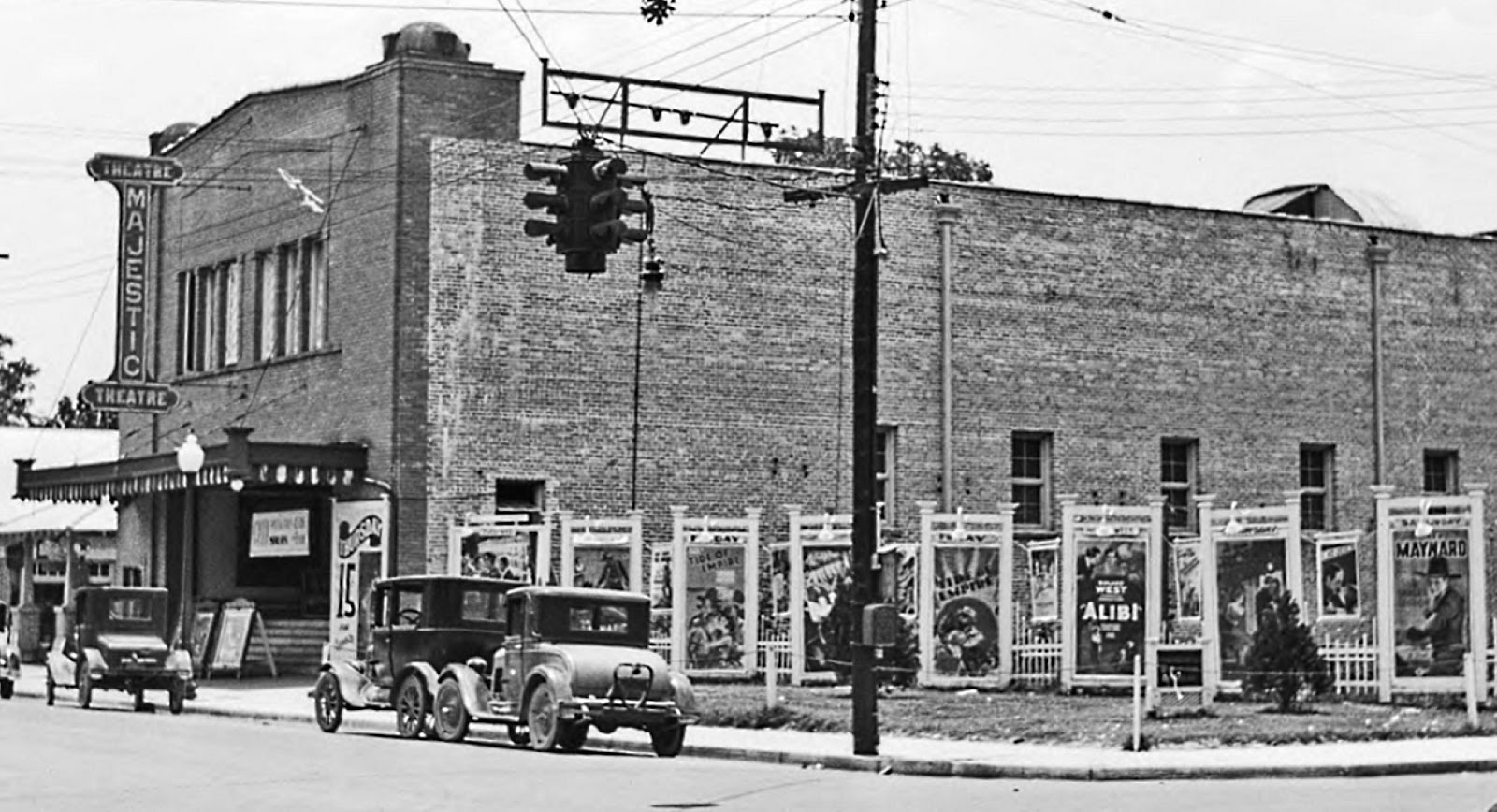 We turn now to the recollections of Philip E. Pfeffer for an overview of Covington in the early 1930’s, some 90 years ago. This account was written on February 27, 1993.

Covington In The Early 1930’s by Philip E. Pfeffer

The court house was a wooden structure of two stories, and it well filled the needs of St. Tammany Parish. As one entered the courthouse from Boston Street there was a wide hallway the length of the edifice. To the left of the hall was the office of the sheriff, housing the “High Sheriff’, a chief deputy, an “outside” deputy, and a clerk.

To the right of the hall was the office of the Clerk of the Court, in which worked the clerk himself and a couple of deputies. Going further to the right there was a “blister”, a concrete building not more than twenty five feet square, housing all mortgage and conveyance and court records.

To the rear of the court house proper was a large wooden room which housed the police jury and its secretary and the assessor. A separate brick two story edifice, fifteen or twenty feet square, was the parish jail.

Robert D. “Bob” Jones was the sole judge of the 22nd Judicial District for Washington and St. Tammany Parishes. James T. “Jim” Burns was the only district attorney for both parishes. Neither had a secretary or a law clerk.

Bob Jones lived in Bogalusa in a modest home and came to Covington one week a month to try cases. Sometimes the docket was bare and he didn’ t come at all.

Drug stores were all over the place. The principal one was Schonberg’s, whose motto was “follow the crowd – there’s a reason.” It was a gathering place, with its soda fountain, for after school and other events. It was on New Hampshire Street in the Southern Hotel Building, right next to the (then) post office.

Next to the pharmacy was a door leading to the upstairs office of H. E. Gautreaux, M.D.

An amusing story concerns a woman’s purse which was left at the drug store. It was placed in a conspicuous place so the owner could claim it. Days went into weeks but no one came forth. At length a grammar school boy with a considerably older sister spied the purse and announced “Why, that’s my sister’s.” A hush came over the place for it was well known that the purse contained a package of condoms – something disgraceful in those days.

About where the former office of August J. Planche was the drug store of Oliver J. Hebert, who had been a pharmacist for Schonberg’s and broke away to start his own place. He later moved into the corner building on New Hampshire and Boston Streets.

On Columbia Street in the middle of the block was the City Drug Store, owned by Stanley and Percy ‘Theriot. These brothers bottled a vicious green fluid entitled “Ant enemy”, which sold hundreds of bottles. In one corner was an alcove with entrance to the office of H. D. Bulloch, M.D.

On the corner (where else?) of Columbia and Gibson Streets, in the brick “Badon Building” was the Corner Drug Store, presided over by Mr. L. J. Nicolle. To the rear in a separate entrance was the office of Ludwig Heintz, M.D.

Dr. F. B. Buquoi had an upstairs office in the brick building on the corner of Boston and Columbia Streets, which had housed the Covington Bank & Trust Company, whose boast was “St. Tammany’s Million Dollar Bank.” One of Dr. Buquoi’s sons often referred to his father’s “assets over a million dollars.”

It was a joke around town that there was a saloon on every corner and another in the middle of the block. One recalls Charlie Jenkins and Paul Herbez, on each side of the alley on Gibson Street between Columbia and New Hampshire Streets.

“Tugy’s” was in the Southern Hotel Building near the corner of New Hampshire, presided over by Julius Tugenhaft, a public spirited citizen. He boasted that he charged a cent a bottle of beer more than other places, and that these pennies would build him a house. This turned out to be true.

A number of Covington citizens who later became prominent in other fields got their start as saloon keepers.

The Roman Catholic Church was near the fair grounds. The square it now occupies was vacant and a diagonal path through it showed its use as a short cut. The Presbyterian Church was where it is now, but much smaller, having many years later been enlarged. The Methodist Church was in its present location but was a wooden building. The Baptist Church was a converted home and was known as “the poorest church in town.”

High school students were glorying in their new building under the name of Elmer E. Lyon High School, named after the (then) Parish Superintendent of Schools, which was placed in operation at the beginning of the 1925-26 school session. It was in the square bounded by Jefferson, Madison, Seventeenth, and Eighteenth.

The superintendent’s office was just inside the entrance of the front door. The staff consisted of Mr. Lyon himself, Josie Frederick, and Josie Diehl. A state law later forbade the naming of any public facility after a living person, and the name was changed back to Covington High School.

Up to 1925 the high school had been on the upper floor of the very substantial brick (not brick veneer) building in the square bounded by Jefferson, Theard, Twenty Third and Twenty Fourth. This same building continued to be the only other public school in the town. It is now utilized as the C. J. Schoen Middle School.

Lyon High School was attended not only by Covingtonians but by pupils from Abita Springs, Mandeville, Madisonville, and even Sun and Bush.

A public spirited citizen had donated fifty thousand dollars to erect a cupola over Lyon High School, in which was housed a large four-sided clock which sounded the hour loudly all over town. Unfortunately this did not survive a later fire and was never replaced.

St. Scholastica’s School (Convent) was housed in a huge three (four?) story wooden building painted green. It had great potential as a fire trap which fortunately it did not fulfill. It later had to be torn down by orders of the Fire Marshall.

St. Paul’s College (known as college because of the Latin “Colegio”, but later changed to St. Paul’s High School), was under the auspices of The Christian Brothers, who did not believe in sparing the rod. In fact a venerable teacher named Brother Raphael was known by the students as “Bre’r Rap”.

St. Paul’s was widely attended by boarding pupils from Central and South America and the Caribbean. Generations of Covington day students got an education which many considered superior to that obtained in the public school.

Saturday nights at the town’s only movie palace were a riot, as the St. Paul’s boarding students, confined to their campus all week, descended. Loud was the appreciation for the escapades shown on the silver screen.

Pre schools and kindergartens were virtually unknown but later “Miss Reeder’s” on Seventeenth Avenue prepared a great host of Covingtonians for their first grade.