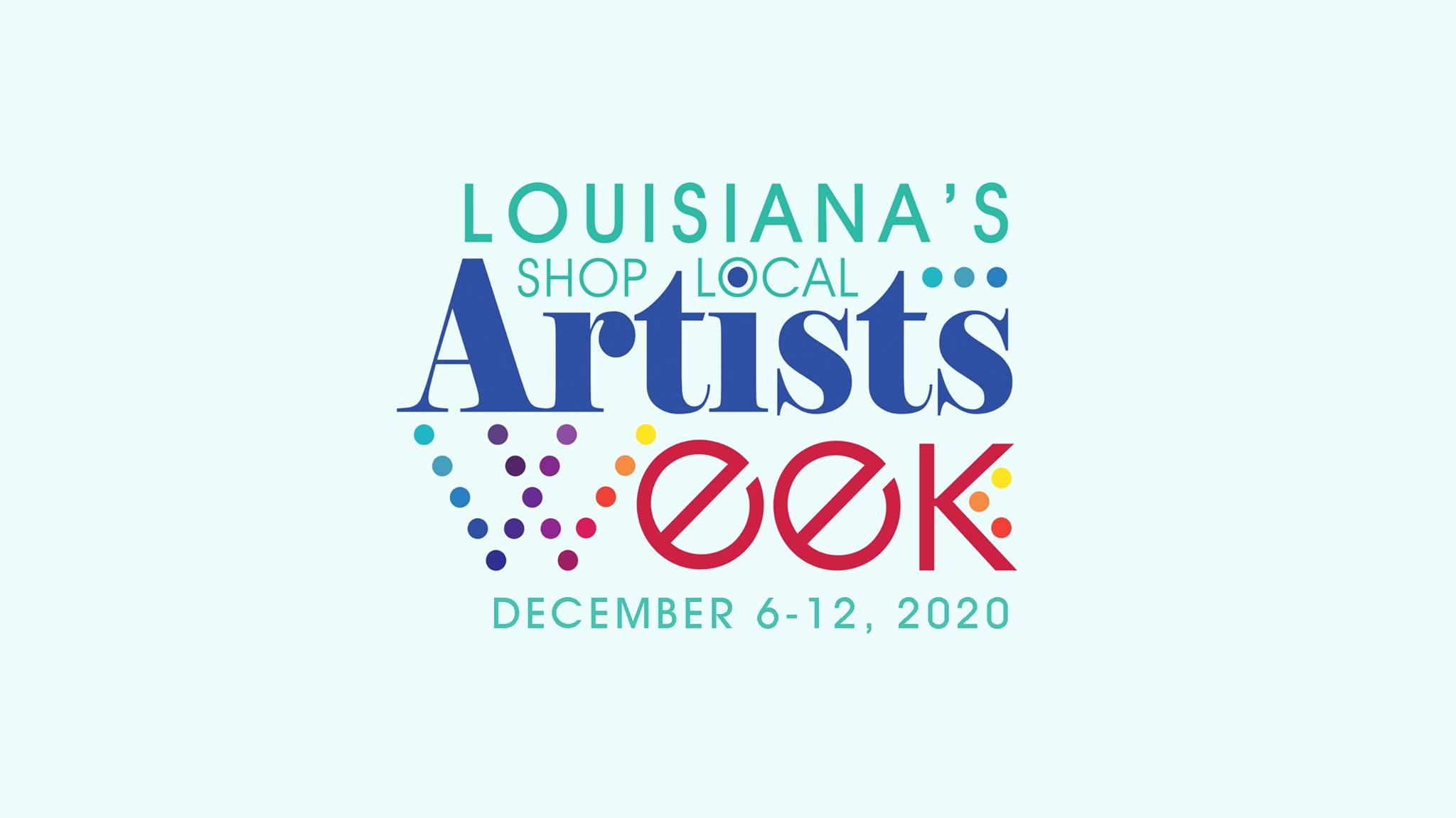 All around the nation, artists of all genres, arts organizations and cultural economy businesses are planning celebrations of the arts and the professionals whose talents create the rich cultural fabric of our state. Festivals and art markets, performing arts events, culinary extravaganzas, art exhibitions, healing arts, film screenings, literary events and more–all of these are part of the cultural industry, enhancing the quality of life for our citizens and visitors while providing tremendous economic impact.

An opportunity to explore the many facets of the arts and to support creatives.

Shop Local Artists Week is a great time for holiday shopping, for truly one-of-a-kind gifts and arts experiences. Peruse the offerings of local galleries and museums. Purchase music and memorabilia from some of your favorite local musicians. Pick up tickets from a community theatre or performing arts center, for a chance to make memories with your gift recipient. Art workshops provide an opportunity to enhance artistic skills or to discover new passions. For avid readers, what better gift than a book penned by and signed by local authors? And explore the world of culinary arts with unique dining experiences at local restaurants.

Can’t decide? Gift certificates are an ideal choice for your special recipients. And don’t forget to pick up a something for yourself, too!

From metropolitan cities to rural communities, a variety of Shop Local Artist Week events are being created and presented by local artists and cultural organizations. To find events, contact your local Cultural District, Main Street or Arts Agency. 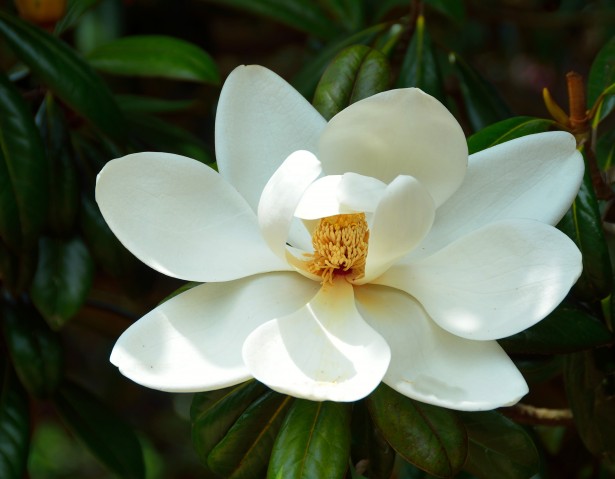 Our iconic image of the South would be incomplete without the inclusion of the Southern magnolia. Known scientifically as Magnolia grandiflora, it certainly lives up to its name with giant white blooms measuring up to a foot in diameter. Its flowers stand in stark contrast to large dark green glossy foliage, fuzzy brown underneath. Wonderfully fragrant blossoms begin opening in spring and may continue into early summer. For its unforgettable beauty, the Southern magnolia was designated the Louisiana state flower in 1990.

Magnolias are part of the most ancient families of flowering plants with fossil records that date back up to 95 million years. These plants predate bees and were originally only pollinated by beetles. The flower bud has not changed much from its original primitive structure. It has what is called “tepals,” a combination of sepals and petals similar to water lilies. Unlike most flowering plants they do not produce nectar but instead are heavy pollen producers. The beetles will collect this pollen for food and in turn help to pollinate the flowers. Now many common pollinators can be seen visiting the magnolia. Still, beetles are widely considered its primary pollinator.

The Southern magnolia is a large evergreen tree averaging 90 feet in height, although there have been some exceptional trees. A 30 meter (98.5 ft) tall tree was documented in Baton Rouge by the US Dept of Agriculture in 1970, along with an astonishing 37 meter (121 ft) tall tree in Smith County, Mississippi. The magnolia tree is a fast grower, averaging a lifespan of 80 – 120 years. The oldest documented Southern magnolia is in Roma, Italy, and is presumed to be over 320 years old.

There are more than 240 species of magnolias and thousands of cultivated varieties, according to the Magnolia Society International. Eight of these species are native to the US, the Southern magnolia being one of them. Dwarf cultivars are popular in local landscaping, like the Little Gem, selected by LSU AgCenter as a Louisiana Super Plant. It grows to half the size of the Southern magnolia at 20 – 40 feet and it a heavy producer, with flowers blooming late into summer.

Sweet bay magnolia (Magnolia virginiana), also called swamp or laurel magnolia, is another native species commonly found in our area. An evergreen tree in our climate, its leaves have a blue-ish hue with a silvery underside. Strongly fragrant flowers are creamy-white, about 8-14 cm in diameter. The inner bark has a mild scent of bay spice.

Many species of magnolia are used for both culinary and medicinal purposes around the world. The bark, leaves, blossoms and fruit of this tree can be pickled, made into teas, or used to flavor certain rice dishes and miso soups. Popular in Asian countries and parts of Europe, these practices have not gained much notoriety here in the US.