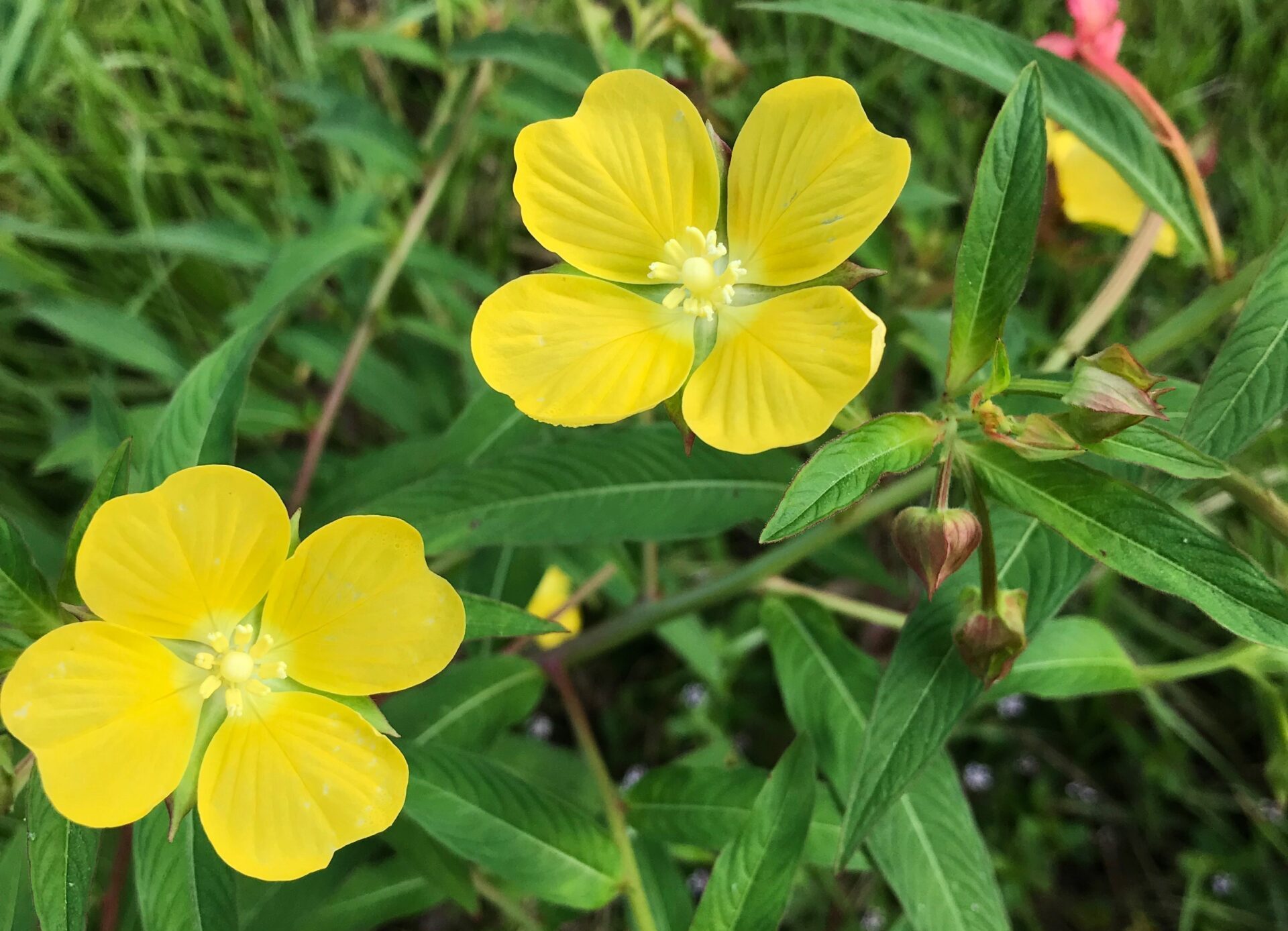 You may have spotted this plant growing wild along ditches and woodlines, its bright yellow flowers standing out against dark green narrow leaves, with crimson highlights along its branches and stems. Blooming this time of year, its flowers resemble those of the buttercup, or the closely related evening primrose.

The Mexican primrose-willow (Ludwigia octovalvis) is an adaptable wildflower found in Central America, Australia, South-East Asia, the Middle East, and the Central-West African regions. It is considered invasive in some Pacific Islands. Here in the US it is prolific in the southeastern region. It is a perennial deciduous shrub in the evening primrose family (Onagraceae), growing 3 – 6 feet tall.

A water-lover, the Mexican primrose-willow can be found along muddy embankments or floating in adjacent or shallow waters. For this reason it is cultivated as an aquatic plant. It is also called a narrow-leaf water primrose.

Ludwigia octovalvis – a Drink to Longevity?

Mexican Primrose-willow has long been toted for its medicinal uses in indigenous cultures, specifically for its purported anti-aging effects. A study done on fruit flies and lab mice showed significant promise to this effect, noting the plants’ “high levels of polyphenols and flavonoids, which possess strong DPPH radical scavenging activity”. www.ncbi.nlm.nih.gov

Other studies indicate that the digestive enzyme inhibitors from Ludwigia octovalvis can be beneficial in treatments for obesity and diabetes. The Mexican primrose-willow is also known for its antioxidant and antibacterial properties, as well as its use as a gastrointestinal aid and as a diuretic, of which many studies have been done. 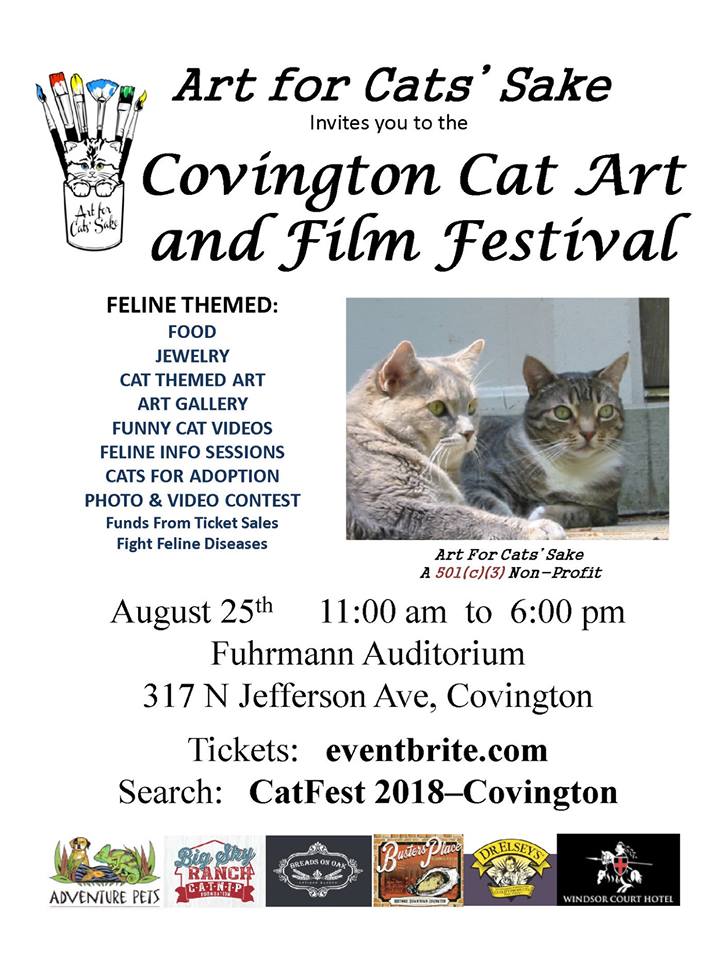 The mission of Art for Cats Sake is to support the search for cures for feline diseases and to improve the Health and Welfare of Cats. Toward that purpose the call has gone out for all “Cat People”, especially “Crazy Cat People”  to assemble on Saturday, August 25th for the Covington Cat Art and Film Festival in the Fuhrmann Auditorium! This Purr-fect event will feature :
Funny Cat Videos playing throughout the day including Jessica Spawn’s newest and of course an Henri favorite!
Fabulous Cat Artists will be on hand and there will be a gallery of art, sculpture and mixed media for everyone to browse and admire( some of it for sale! ) Both local and international artists will be represented. View the art while enjoying Cat themed cocktails, beer, wine, cat shaped cookies, chocolates, and more (a few vegan treats too!).
Noted Cat Mystery writer and certified feline behaviorist Dusty Rainbolt will be on hand to give two seminars and play Cat Trivial Purr-suit with attendees. There will also be veterinarians and veterinary nurses on hand to speak about special diets, CPR, TNR, and a wonderful lecture by Dr Amanda Perkins on ” Keep the Claws on the Paws and your Home Unshredded! ”
So join us for knowledge, fun, and laughter and most exciting of all… come and consider giving a home to a  Fantastic cat or kitten sponsored by Catnip Foundation/BigSkye Ranch , St Tammany Parish Animal Shelter, and the La-SPCA.
And for goodness sake don’t forget to enter our funny cat videos and photo contests and maybe win a prize!
Rules , regulations and tickets are available at Eventbrite.com or check out our Art for Cats Sake Facebook page for further information.  Wear your best Cat Costume but leave your own cat at home as they don’t like the crowds!  Dog people bring their dogs to the dog park, cat people watch funny cat videos. See you there! 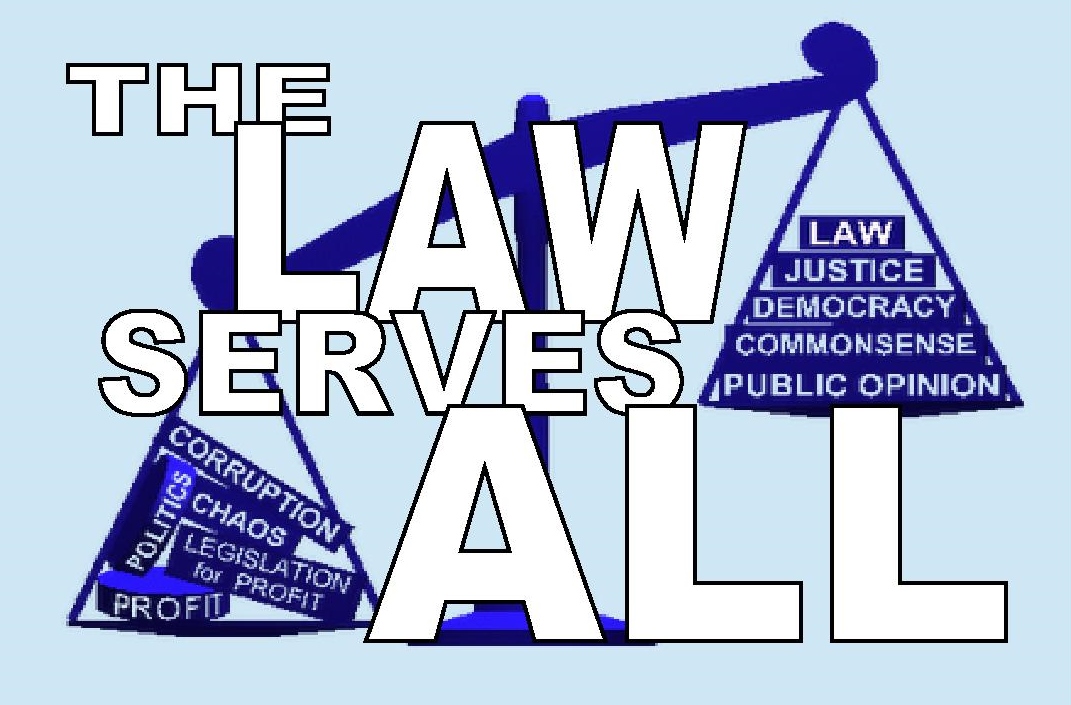 I was asked recently if I follow standards of journalistic ethics, to which I replied, “Of course not, there are no ethics in journalism.” Most journalistic organizations do pronounce to have them, at least by their own estimation. Either way, I do not consider myself a journalist. I am a correspondent. I correspond between the “little people” and their beloved local government agencies.
Journalists have resource budgets and people to research for them and things like that. I produce this entire newsletter by myself, every single week. Journalists often work for big corporations that have major advertisers like car lots and hot shot attorneys and high-priced children’s clothing retail outlets. Covington Weekly is owned by Chelsea and we represent downtown Covington, small “mom and pop” enterprises, mostly.
I have a mass communication degree with an emphasis in television production and video editing. I communicate. Sometimes the things I communicate do not jive with what our elected (or, in some cases appointed) officials want to hear. Well that’s too bad, as they say, because in the words of New Orleans’ exiting FBI Director Jeffrey Sallet, Louisiana is about at corrupt as it gets. It takes the people actually wanting change to make the change from corruption to non-corruption happen, and that is where Covington Weekly plays a small role. This is about educating people on what is happening around them, and often with their own money, no less. 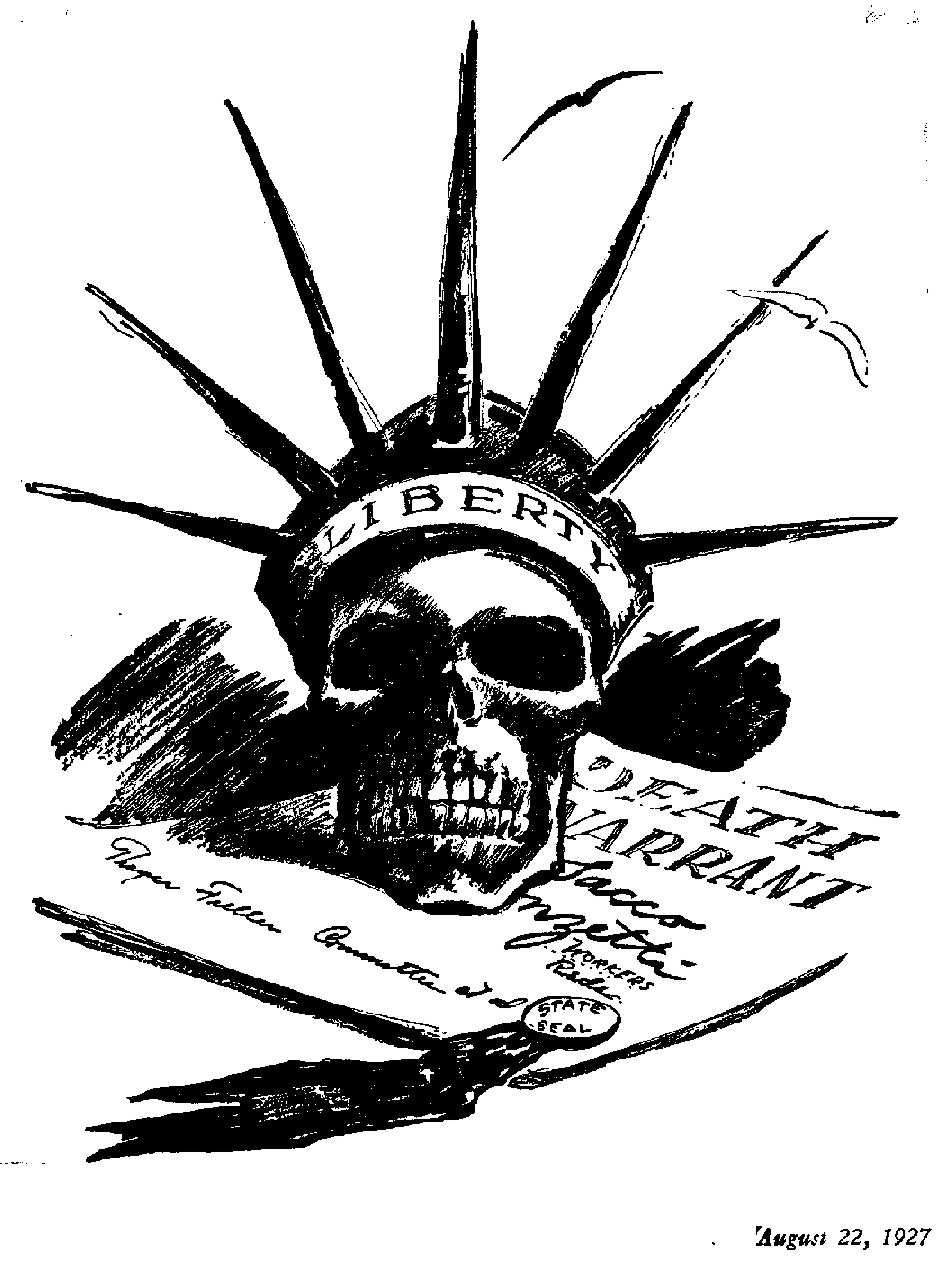 I was told recently to get a “real” job. My job is very real to me; I engage people in the business community every single day. I engage members of the public every single day. That information is processed and compared to the official stances, then translated into the words written in Covington Weekly. This is what I do.
When things get out of balance, it is necessary to re-balance them. I worked for a twin broadcast station once. I left that position because of ethical conflicts. Their business practices were questionable with regard to prioritization, but the station(s’) refusal to run a story about the negative impacts of an industrial operation on a local farming community, solely because of conflicting legal representation, made the decision to leave an easy one. Because we do not agree with that type of business practice, Chelsea and I devised the model for Covington Weekly that you are currently reading.

Information that is found in the public realm, that is, publicly accessible through a simple internet search, is in
my opinion as CW correspondent considered Fair Game. Doubly so with regard to public officials. To echo Sallet again, the burden of eliminating corruption also falls on the public, who must demand that the said corruption be eliminated. Information is where the cycle must be broken, because controlled media outlets will yield controlled information. Control of information is the opposite of telling the truth.
“Government works for the citizens, the citizens do not work for government..”- Jeffrey Sallet, FBI, N.O. Division
Timothy Achan Gates, CW Correspondent Email: covweekly@gmail.com Tel: 985-288-9609 covingtonweekly.com