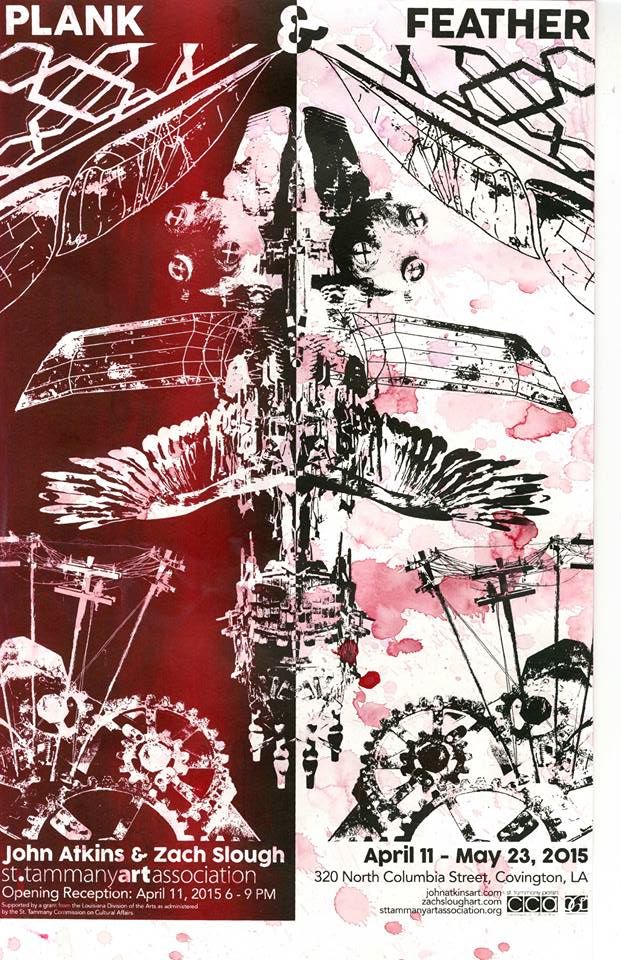 John Atkins is from Belle Chasse, Louisiana and earned his BA in Visual Arts with concentrations in Sculpture and New Media/Animation from SELU.  He works in sculpture, video, and drawing and prefers materials such as natural woods, plywood, found objects and paint which emphasize the visual language of nature and it’s relationship with the inorganic quality of the industrial. Atkins explores how man-made and organic forms can both reflect and oppose each other in melancholy and whimsical themes. His driving force for creating is to “bring about new and exciting artistic objects that put my ideas and craft straight in front of the viewer for them to identify with, in hopes that they have as much excitement and wonderment about the objects as he does in conceptualizing and creating them.” John Atkins’ found object kinetic sculpture series was purchased by and used on the set of FX’s American Horror Story: Freakshow. 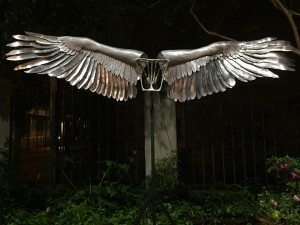 Zach Slough is from Wabash, Indiana and earned his BA in Visual Arts with a concentration in Sculpture from SELU.  He works in sculpture, printmaking, and drawing and prefers materials consisting of aluminum, steel, copper, natural hardwoods, and leather. Zach’s winged series of sculptures utilizes symbolism designed to allow a wide array of viewers to identify with and imagine themselves as part of the sculptures. The overall uplifting effect of the series “puts the viewer in mind of beauty and possibility, as well as the beauty of impossibility.” Zach finds the viewer’s reaction to a piece, which they can touch, manipulate, or imagine themselves as being a part of; to be a visceral experience which engages them to be an integral part of the artwork’s intent. 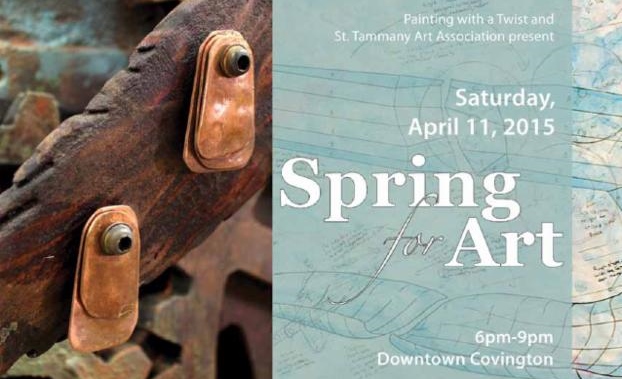 The St. Tammany Art Association presents Spring For Art 2015 this Saturday evening, from 6 p.m. to 9 p.m. The event takes place throughout downtown Covington, and brochures with this year’s map and events are available now at the Art Association and participating businesses.

Sponsored in part by Champagne Beverage and Fat Tire Amber Ale, the free event features live music indoors and out throughout the walkable, historic St. John district and new work by dozens of artists from across the Southeast at participating galleries and shops. 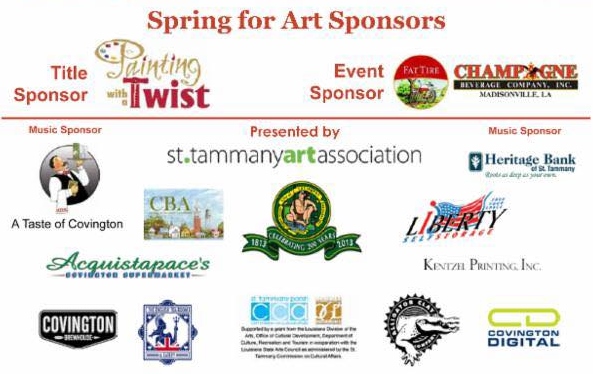 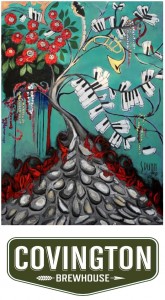 Covington artist, Sarah Dunn, returns home after two years in Nome Alaska. The show will display Dunn’s new works inspired by the extreme conditions living at the edge of the Arctic circle. This exhibition is a rare opportunity to meet with Sarah while between filming the hit gold mining show, Bering Sea Gold, with her boyfriend Zeke Tenhoff.