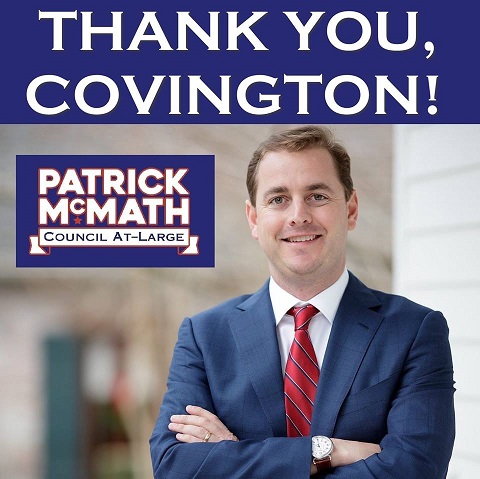 Editor’s Note:  Covington Weekly chose to run the above piece as a congratulatory gesture, it is not endorsed or paid for by Patrick McMath.  The issues noted above are serious, and effective solutions are important.  With regard to traffic, it can be dangerous to ride a bike or walk across Boston Street.  The importance of driver education should also be considered.  Drivers can be seen texting with two hands as their cars are moving down the street.  That is absurd.  After several years of supporting, meeting and working with many of the great downtown Covington business owners, it would also be nice to see improvements to the ox lots and downtown lighting, as well as some type of  tax incentive for small business.