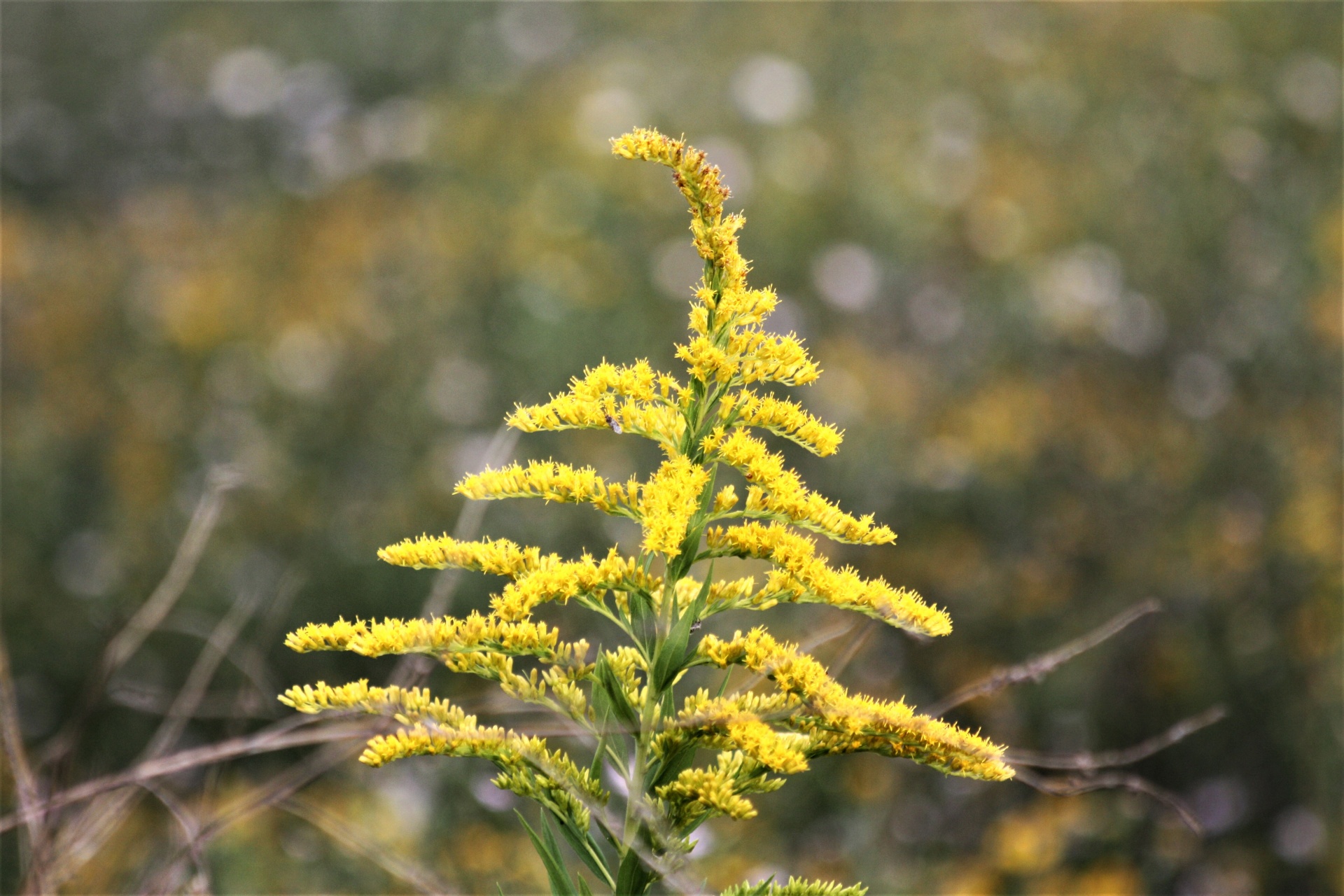 It seems like every season is allergy season for something in the South, especially in our particularly sub-tropical region of it. The fall allergens combined with the change in temps seem to hit me the hardest for some reason. Like many people do, I would see the bright yellow plumes of goldenrod flowers and assume that they were to blame for my distress.

Such a shame that these golden beauties get such a bad rap! Their only fault is they happen to share a season with the less conspicuous ragweed. It’s easy to see how the confusion is made – the tiny brightly-colored flowers seem like they would harbor mini pollen bombs waiting for a good breeze. Actually, goldenrod has a thick, sappy pollen that is adapted for insect pollination and does not become airborne. This is opposed to the wind-blown ragweed pollen, adapted to travel hundreds of miles to coat your car and sinuses.

Goldenrods are actually a genus of about 100 to 120 species of flowering plants called Solidagos. Part of the aster family, Asteraceae, most goldenrods are native to North America, with a few South American and European species. According to the U.S. Geological Survey there are at least 13 species of goldenrod found in southern Louisiana. The most common may be the Louisiana goldenrod, Solidago ludoviciana, which can grow to 5 feet and produce as many as 140 flowers per plant.

Goldenrod has many beneficial aspects. As most species are fall bloomers, and heavy bloomers at that, goldenrods serve as some of the last food sources before winter for our pollinating insect friends. Many cultures praise goldenrod for having various medicinal benefits, such as anti-inflammatory and mild pain-relieving effects, and even kidney and bladder cleansing properties. Through several studies by the European Medicines Agency on goldenrod (Solidago virgaurea), non-clinical data shows diuretic, anti-inflammatory, antioxidant, analgesic and spasmolytic, antibacterial, antifungal, anticancer and immunomodulatory activity. Add this to its showy golden blooms and you can see why some people consider the goldenrod lucky and feature it in their gardens.

Ragweed is also a member of the aster family in the genus Ambrosia, of which there are about 50 species. It is native to southwestern United States and northwestern Mexico and distributed heavily across tropical and subtropical regions. The most common ragweed species in North America is Ambrosia artemisiifolia. The Greek name Ambrosia translates to “food or drink of immortality/the gods”.

Ragweed is believed to heal many ailments and was widely used in Native American medicine. Surprisingly, it is most well known for its astringent qualities in the treatment of hay fever. According to King’s American Dispensatory, 1898, ragweed is used for “excessive irritation of mucous membranes…with free mucous discharge” of the nose, throat, mouth, urethra, and bowels. The pharmaceutical industry has even caught on to the use of ragweed to treat allergy symptoms, developing a Ragweed Sublingual Immunotherapy Liquid extract (RW-SAIL) for individuals suffering from chronic allergic rhinitis, or hay fever, from their ragweed allergies.

So in conclusion, I would say both plants have their purpose, although both can become invasive if left untended. But as far as allergies go, pull the ragweed before the goldenrod. And maybe make it into a tea. 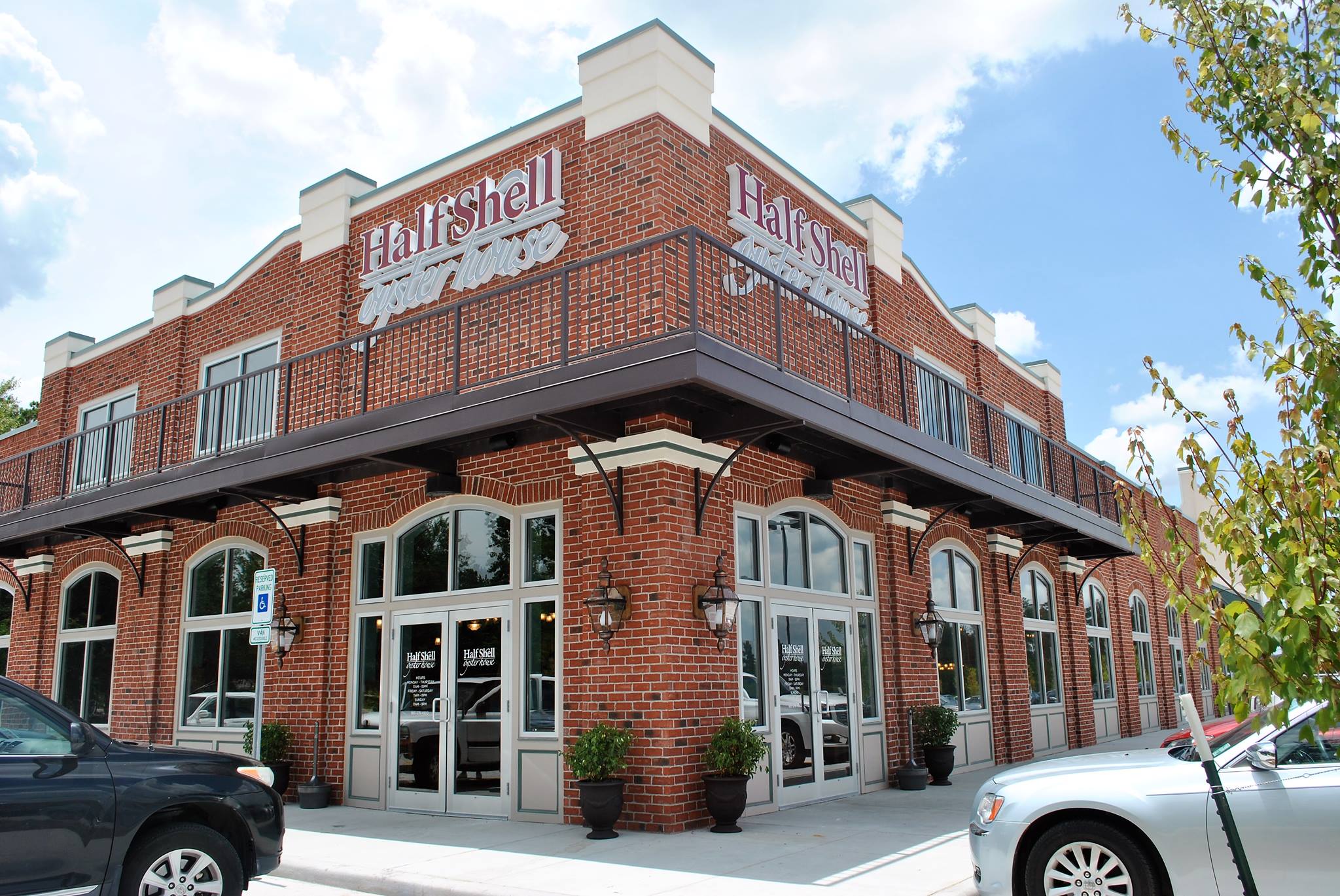 WHEN: Collection begins Thursday, Sept. 10. Donations will be dropped off at the Half Shell Oyster House Lafayette every Monday and Thursday.

WHY: To provide community support to those impacted by Hurricane Laura in the Lake Charles, LA area.

About Half Shell Oyster House

The Half Shell Oyster House was conceptualized in 2008 by company president Bob Taylor, and was later polished off with partners Rob Heffner, Kevin Fish and Brian Raspberry. The first location opened in the historic Kremer building in downtown Gulfport, Miss. Since then the company has blossomed into 13 locations across Louisiana, Mississippi, and Alabama. Half Shell Oyster House has grown into a locally owned and operated, vertically integrated company, Gulf Coast Restaurant Group (GCRG).

Gulf Coast Restaurant Group is the parent company of Half Shell Oyster House, Rack House Steaks & Spirits, Southern Pearl Oyster House, Deer Island Oyster Company and Coast Foods. Our award-winning locations offer an unmistakable distinction of Southern cuisine infused with a New Orleans flair. The phenomenal dining experience at all of our locations is relaxed yet classy, and well suited for a multitude of occasions. 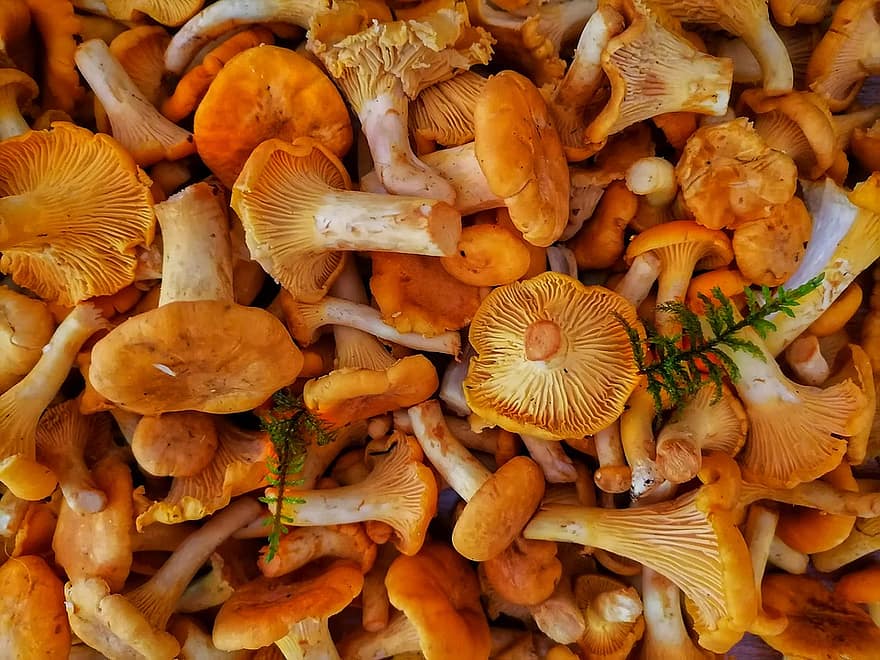 A culinary favorite, chanterelle season is highly anticipated by chefs around the world. Full of rich flavor reminiscent of apricots, the golden chanterlles are probably the most sought after, although the rarer red cinnabar with its slightly spicy flavor is a close second. Chanterelle is actually a generic name applied to a variety of edible wild mushrooms. They cannot be cultivated and are wild harvested when in season, from mid-summer into fall depending on conditions. The name chanterelle originates from the Greek kantharos meaning “tankard” or “cup”.

Because of their high water content chanterelles are not ideal for batter-frying. You wouldn’t want to mask their great flavor anyway! Here’s our favorite recipe for chanterelles – quick, easy, and truly accentuates these delicious mushrooms. Quickly removing their moisture in a hot skillet gives you crisp, flavorful mushrooms that are excellent on their own, added to salads, or as a topping for a filet of your choice.

According to the USDA National Nutrient Database for Standard Reference:

Raw chanterelle mushrooms are 90% water, 7% carbohydrates, including 4% dietary fiber, 1.5% protein, and have negligible fat. A 100 gram reference amount of raw chanterelles supplies 38 kilocalories of food energy and the B vitamins, niacin and pantothenic acid, in rich content (20% or more of the Daily Value, DV), 27% DV of iron, with moderate contents (10-1 of riboflavin, manganese, and potassium (table). When exposed to sunlight, raw chanterelles produce a rich amount of vitamin D2 (35% DV) – also known as ergocalciferol.