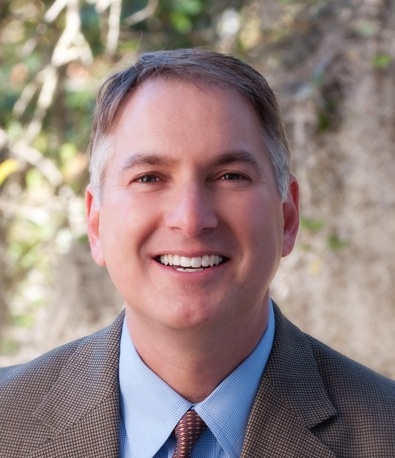 Covington City Councilman Larry Rolling, announced Monday he will seek a new position as Council-at-Large on the Covington City Council in the March 2019 election.
Due to term limits, we will see a new city council in 2019. Larry Rolling, as councilman-at-large, will bring his passion, expertise, knowledge, and experience to the new council position, which will take office in July 2019.
“Serving the last 7 years as District D’s councilman, I have been established effective relationships with officials on the city, parish, and state governmental levels, laying a strong, solid foundation for future endeavors, such as numerous infrastructure projects, and economic development initiatives, while bridging the gap and strengthening the bonds between local businesses, individuals and government,” said Rolling.
Rolling has served on many committees during his council tenure, including; Chairman of the Economic Development Committee, Public Works/Public Safety Committee, Community Development/Housing Committee, and in 2012, Larry Rolling created the Covington Business Workshop series that is focused on bringing and keeping businesses in the city.
Rolling also currently serves on the COAST Board as Vice President, Carnival in Covington Committee Chairman, Kelly Kicking Cancer Board Member, and is a Leadership St. Tammany Graduate.
As a former small business owner in the city for 18 years, he knows the changes in today’s economy create new challenges, needs, and obstacles for business owners. Most businesses in the city are small and locally owned, they provide services and unique shopping experiences to residents and visitors alike. “As we know, any business in our community is the heartbeat of our city,” said Rolling.
But business needs are not his only priority. Rolling routinely answers residents’ requests and he has been proactive, informing residents of his district of council meetings, city news, and events as well as providing a quick and easy forum for those who need assistance.  His open-door policy has allowed him to discuss issues like drainage, traffic congestion, street issues, and zoning with his constituents and answer their questions. This policy would expand to the entire city as Councilman-at-large.
“I feel great about what has been accomplished and look forward to our future,” said Rolling. “Since 2011, I am proud to say, our council and administration have worked well together being respectful and putting all of our residents first,” Rolling added. “Most importantly, I still feel that I have more to give back and much more to contribute to the community I love. I feel I am an ambassador for the City of Covington in everything that I do and everywhere that I go. Serving as Councilman District D, has been a tremendous honor as I worked with other council members and city administrators in an effort to improve the quality of life for the citizens of Covington, Louisiana. I truly thank everyone for the opportunity to serve my district. I sincerely hope that I am able to continue to be able to expand my efforts to serve the entire City of Covington as Councilman-at-large.”
Larry Rolling is presently the Associate Director / Director of Marketing at Restoration Senior Living Center in Covington. He resides in Covington and is a 40-year Saints season ticket holder and is known locally as the “Sign Man.”
Rolling, who has served as District D Councilman for the past seven years, will be seeking the Council-at-large seat in the March 2019 election. Early voting is March 16, 2019, through March 23, 2019.
For more information:
Visit www.LarryRollingCouncil.com
Email: LarryRollingCouncil@gmail.com